Acca of the Day | Another Goal Feast Expected in Rotterdam!

Howdy, fellow tipsters! Once again, we were one goal away from landing a winner Acca of the Day. Atletico Madrid managed to beat Osasuna 1:0, while the fans enjoyed a goal feast in the match between Hamburger SV and Jahn Regensburg, which ended with a 4:1 home win. However, AZ Alkmaar and NEC Nijmegen split points in a 1:1 draw, while we expected at least three goals. Nevertheless, we selected these three tips for the weekend warm-up:

The home side enjoys a very good campaign, as they currently sit in second place in the Eerste Divisie. Thijs Dallinga and the lads are three points behind Volendam, and they aim for direct promotion at the end of the season. However, Excelsior should be more confident at the home ground, where they won just three times. Nevertheless, they are the most efficient team in the league, with 41 goals scored.

Jong Utrecht’s form is on a decline, as they picked up just a point from the previous four rounds. The visitors found their place in the middle of the table, and they want to improve their game. Jong Utrecht lost just twice on the road, while their attacking work has been pretty decent. Excelsior’s last four games went over a 5.5 margin, and we expect to see at least three goals in total here.

The Swiss second flight is a very exciting competition, as currently, eight of ten teams in the league can challenge for promotion. Thun sits in 8th place, but they are only three points behind the second-placed Vaduz. However, Carlos Bernegger’s side needs to do much better than one win in five rounds, but they will have a chance to improve the record against the weakest team in the competition.

Kriens is hammered to the bottom of the table, and relegation is very likely for the away side. They collected only six points, winning just once in the campaign. Their defense is very leaky and concedes more than three goals per game on the road. We anticipate an easy home win here, as Thun is a much better team.

Lafnitz hoped to challenge promotion, but they are currently ten points behind the top spot. The hosts have been pretty productive in the final third, but their defense should have been much tighter. They produce more than two goals per match on the home ground while conceding 1.9 times per contest.

On the other hand, FC Juniors struggles for survival, and they are currently in the 2. Liga basement with nine points. Although they score one goal per match on average, their defense is very leaky. The visitors are in terrible form, picking up just a point from the previous eight rounds. We expect to see an efficient match that should go over a 2.5 margin.

Over 2.5 FT in Excelsior vs Jong Utrecht

Thun to Win vs Kriens

Over 2.5 FT in Lafnitz vs FC Juniors 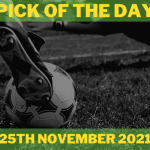 Pick of the Day | Leicester City to End Their Poor Streak! 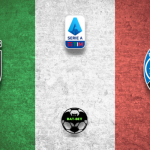