Howdy, fellow tipsters! Things went well with our latest Acca of the Day until the mid-first half of the match between Bolton and Rotherham. At that time, Bryne and Start already produced enough goals, while Rotherham had a 2:0 lead. Although we waited for just one goal, the score stayed unchanged. Eventually, Atalanta booked a narrow 1:0 win in Salerno. For the next acca, we are going to back Atalanta again, hoping that they’ll keep winning. Here are our next three picks:

Although Gian Piero Gasperini’s side still doesn’t shine, they are only three points away from the top spot. They are not as efficient as they used to be in previous seasons, but their form is slowly rising. Atalanta goes to this game after picking up three points against Salernitana, and they want to keep up where they left off.

On the other hand, Sassuolo celebrated in the opening round, but they picked up just a point in the following three games. The visitors lost twice in a row, and they are in bad momentum. Their defense isn’t too tight, and Atalanta should take advantage of that. La Dea should book its first victory at home, and it’s our first pick in the acca.

The defending Turkish Super Lig champions enjoy their start of the new campaign as they sit at the top of the table. Besiktas missed the chance to win just once when Gaziantep held them to a goalless draw. Michy Batshuayi and the lads have been clinical in front of the oppositions’ net, while they conceded only twice. The hosts are perfect at the home ground, where they booked all three wins and kept the clean sheet.

Adana Demirspor booked its first victory in the latest round after being better than Rizespor. However, the visitors will likely fight for survival this season, as they are only two points ahead of the red zone. Although they haven’t been that bad in attack, the away side conceded eight goals so far. Besiktas should continue its winning streak at their ground and book another victory.

The second pick is Besiktas to Win at 1.45 odds!

Vaduz wants to bounce back to the Swiss top flight, but they started playing well just recently. After picking up just a point in three matches, the hosts celebrated twice in the last two rounds. They have been among the most efficient teams in Challenge League, but their defense is pretty leaky.

Winterthur tops the Swiss second tier, and the away side still hasn’t lost after six rounds. They are four points ahead of their upcoming rivals, and a victory here would bring them a solid advantage. Winterthur netter 13 times so far, but they concede a goal per match on average. Their previous five encounters went over a 3.5 margin, while both sides have been involved in efficient clashes. This one shouldn’t be much different, and we might see at least three goals in total.

Atalanta to Win vs Sassuolo

Besiktas to Win vs Adana Demirspor

Over 2.5 FT in Vaduz vs Winterthur 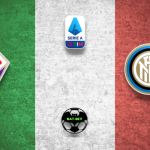 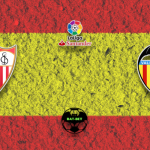