Howdy, fellow tipsters! Our latest Acca of the Day was not so successful, as it produced only one winner pick. Eibar met expectations and beat Alcorcon 2:1, and stayed in the top two in La Liga 2. However, Burton failed to score against Charlton in a 1:0 defeat, while Sheffield Wednesday and Gillingham split points in a 1:1 draw. We search for a winner treble with these three picks:

One of the most famous Brazilian clubs cannot be happy with the current campaign, as they still haven’t secured survival. Santos sits in 12th place, being only three points ahead of the relegation zone. However, Fabio Carille’s side improved its recent form, and the hosts celebrated three times on the previous five occasions.

On the other hand, Chapecoense will participate in Serie B next season. The visitors are hammered to the bottom of the table, with only 15 points collected during the campaign. They booked only one victory in 32 matches played, and we don’t expect them to take anything from this match. Santos shouldn’t miss the chance to get all three points and get away from the danger zone.

The defending champions still have a chance to retain the title, but they don’t have the right for more mistakes. Gabriel Barbosa and the lads go to this match after two convincing victories against Bahia and Sao Paulo. Flamengo is eight points behind America Mineiro, seven rounds before the end of Brasileirao, and they face another rival from Paulista.

Corinthians has been in a solid form lately, winning three times in the previous four rounds. That good run launched them to 5th place, and the visitors are in the Copa Libertadores zone. However, they chase the top-four finish and a direct ticket for the top continental competition in South America. Nevertheless, Flamengo managed to beat their upcoming rivals four times in a row, and we believe they will continue that streak.

The second pick is Flamengo to Win at 1.60 odds!

Juventude had a solid start to the campaign, but a poor streak saw them slipping to the relegation zone. However, the hosts have improved their form and booked two wins in a row. They are leveled with Bahia and only two points behind Sao Paulo and Atletico Goianense. Juventude scored four goals in the last two matches and searched for another victory.

Fluminense still chases the Copa Libertadores spot, and they are four points behind the sixth-placed Fortaleza. However, the away side hasn’t played well lately, as they lost three times on the previous five occasions. Nevertheless, they will go for a win here to stay in the game for the top continental competition. Their head-to-head clashes have been pretty efficient recently, as we saw goals in both nets eight times in their last nine encounters. This one shouldn’t be much different, and neither side should keep the clean sheet.

Santos to Win vs Chapecoense

Flamengo to Win vs Corinthians

BTTS Yes in Juventude vs Fluminense 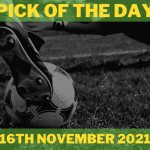 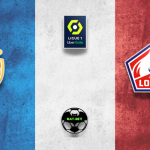