Howdy, fellow tipsters! We had a break with your daily accas during EURO 2020, and now, we are back! Of course, major leagues are still on the summer break, but there is a lot of action worldwide. For this occasion, we picked three games from the South American club continental cups:

Defensa y Justicia secured a place in the knockout stage after finishing second in their group. However, they cannot be satisfied with their spring season, as they booked only three wins in Copa de la Liga Profesional. They failed to score four times in a row in that domestic competition, and the hosts need to improve their finishing.

Flamengo hasn’t been that convincing as in previous seasons, but they managed to break their two-game losing streak. Things are not going as planned in Brasileirao, but there is still a lot to be played. Giorgian De Arrascaeta and the lads pulled a comeback in their latest game after trailing 1:0 against Chapecoense. Flamengo’s ambitions are always very high in Copa Libertadores, while Defensa y Justicia hasn’t played a single match since May. Therefore, we believe the visitors can get back home with a victory.

Copa Libertadores eighth-finals bring an exciting derby match between River Plate and Argentinos Juniors. River ended its Copa de la Liga Profesional campaign in the quarter-finals after losing to their arch-rivals Boca Juniors. Marcelo Gallardo’s side heads to this game after finishing 2nd in the group stage. Although they lost only once in the current edition of Copa Libertadores, they have been involved in many draws.

Argentinos Juniors might not be so popular as the Buenos Aires giants, but they managed to reach the knockout stage. They were just two points away from entering the Copa de la Liga Profesional quarter-finals, but the visitors are happy for playing in the Copa Libertadores. Juniors topped their group but will face their local rivals. They are well-known for a very disciplined game and are rarely involved in efficient matches. Their head-to-head encounters went over a 2.5 margin just once on the previous 13 occasions. We expect to see another tight clash with two goals at most, and the odds are pretty attractive.

Junior didn’t manage to win the Colombian Apertura after being defeated in the semi-finals. They entered Copa Sudamericana after finishing 3rd in Copa Libertadores. Los Tiburones are usually pretty dominant at the home ground, where they want to put another excellent display and secure the first-leg advantage.

Libertad won the Paraguayan Apertura being five points ahead of Olimpia Asuncion. They also enjoyed a good campaign in the Copa Sudamericana group phase and topped their group. Oscar Cardozo still has enough gunpowder in his boots, as he netter nine times this year. It is going to be a tight clash, but we believe Junior can win at the home ground.

Place a €10 wager on Junior to Win at MELbet, and you will get €30 in FREE bets! Sign up HERE, and make sure to enter the BATBET1 promo code!

Under 2.5 FT in River Plate vs Argentinos Juniors

Junior to Win vs Libertad 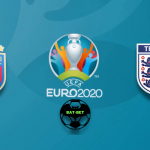 Acca of the Day | European Conference League Dominates the Offer!