Acca of the Day | Coupe de France Battle on the Menu!

Howdy, fellow tipsters! We were unlucky yesterday, as we only needed Antalyaspor’s goal for a winning treble. Linfield booked a place in the Northern Irish Cup finals with a 3:0 win over Ballymena, while Kelty hearts celebrated a 2:1 victory over Brechin. This is what we highlighted from Wednesday’s offer:

The Coupe de France final is just the introduction for an exciting Ligue 1 finish. Neither team cannot entirely focus on this game, as the decisive matches in the French top-flight are just a couple of days ahead. Monaco tied three wins in a row, and Niko Kovac’s side is in a bit better momentum. They have been pretty efficient lately, and Monaco failed to score just twice in 2021.

PSG will have the game against Brest on their mind, but nothing depends on them in the title race. Kylian Mbappe and the lads hope that Angers can stop Lille and push them to the top spot. However, they have been inconsistent lately, and PSG secured a place in the finals after the penalty shootout in Montpellier. We should see an efficient encounter in which both sides should find the back of the net.

After a convincing 6:2 victory over Standard Liege at the start of the Europa Conference League qualification stage, Oostende tied three defeats. Their defense has been very leaky lately, as the hosts conceded 13 times in the previous four rounds. On the other hand, they failed to score just in a 4:0 defeat against Gent in the latest match.

Mechelen tops the Europa Conference League quals group, and they are two points ahead of Gent. The visitors tied three wins in a row and have been scoring three goals per match on average. The away side’s last four games went over a 2.5 margin, while we saw eight goals in the latest encounter of these two teams. We expect another efficient clash and at least three goals in total.

Nacional is hammered to the bottom of the Primeira Liga, and they already got relegated from the Portuguese top flight. The home side is in a lousy momentum, picking up just a point from the last four matches. Their defense is the leakiest in the competition, as they allowed 57 goals so far.

On the other hand, Rio Ave still has chances for survival. Last season, they managed to secure the Europa League qualification, but only six wins in the current campaign led them to the danger zone. The visitors are leveled with Farense and will aim to avoid direct relegation. Despite being solid in the back, their lack of composure in front of the oppositions’ net cost them many points. We believe Rio Ave will win this match and at least get a second chance for staying in Primeira Liga.

Place a €10 wager on Rio Ave to Win at MELbet, and you will get €30 in FREE bets! Sign up HERE, and make sure to enter the BATBET1 promo code!

BTTS Yes in Monaco vs PSG

Over 2.5 FT in Oostende vs KV Mechelen

Rio Ave to Win vs Nacional 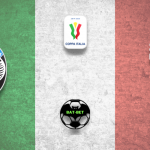 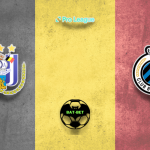