Howdy, fellow tipsters! Our latest Acca of the Day wasn’t too successful, as we landed just one winning pick. Junior was confident against Pereira in a 3:0 victory, but Sevilla failed to score in a 1:0 defeat away to Salzburg. Manchester United also disappointed their fans since they couldn’t get more than a draw against Young Boys at Old Trafford. Nevertheless, we search for a winning treble with these three picks:

FC Kkoln and Augsburg will open the action in the Bundesliga 15th round. The home side sits in the middle of the table, and they haven’t lost four times in a row. However, Steffen Baumgart’s side finished half of its games by splitting points with opponents. FC Koln has been pretty good in front of the oppositions’ net, but they could have done better in the back.

Augsburg struggles for survival, and they are one point below the nearest safe spot. The away side picked up just a point in the previous two games, and they need to improve their form to get away from the danger zone. Nevertheless, Augsburg ended their losing streak on the road by snatching a point away to Hertha in their latest outing. The previous three matches of both sides ended with goals in both nets, as well as four of their last five encounters. We don’t think this one will be much different, and neither side should keep the clean sheet.

Heading to the Swiss Challenge League, where the bottom-placed Kriens host Aarau. The home side is slipping towards relegation, as they collected only six points. The nearest safe spot is 15 points ahead of them, and only a miracle could save Kriens. The hosts lost four times in a row, and they have already allowed 41 goals in 16 matches this season.

On the other hand, Aarau hopes to earn a promotion at the end of the campaign. The visitors are currently third, being just four points behind the top-placed Vaduz. However, they need to improve their game on the road, as Aarau booked just one win in the last five outings. Nevertheless, their games are a joy to watch, especially when playing away from home. Head-to-head clashes between these two sides have produced fireworks lately, and we expect to see at least three goals in total.

Despite having six points deducted due to financial troubles, Den Haag didn’t suffer on the pitch. The home side is on a hot streak, winning five times in a row. They are currently sixth in Eerste Divisie but only seven points away from the top spot. Thomas Verheydt and the lads have been very efficient this season, scoring 41 goals in the process. Besides, Den Haag netted nine times in their last two matches.

Jong AZ started the season very well, but their form is on the decline. They haven’t won nine times in a row, picking up just three points during that period. The visitors failed to score in six of the last seven games, but they still sit in the middle of the table. Den Haag is in a much better momentum, and the hosts should win this match.

Over 2.5 FT in Kriens vs Aarau 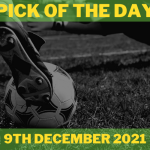 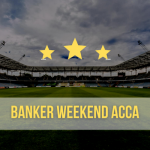