Acca of the Day | Dortmund Doesn’t Give Up on the Champions League!

Howdy, fellow tipsters! Yesterday wasn’t one of our best days as we landed only one winner tip. Portsmouth suffered a disappointing 3:1 defeat against Swindon that hurt their promotion battle. 1860 Munich snatched just a point against Viktoria Koln in a 1:1 draw, allowing their opponent to score from the only shot on target. Finally, Troyes met the expectations with a dominant 3:0 victory away to Niort. We are searching for an improvement with these three tips:

BVB still raises hopes for finishing in the top four, and the hosts booked two straight wins. Dortmund is five points behind Wolfsburg, but their rivals for the Champions League spot lost twice in a row. Erling Haaland and the lads have been very productive lately, as they scored seven times on the previous two occasions. However, Dortmund’s defense is still not tight enough, as the home side failed to keep the clean sheet in the last four games.

Union Berlin has enough motive to fight for, as they can still challenge the continental spot. The visitors are the biggest overachievers this season, and they are four points behind the sixth-placed Leverkusen but with one game in hand. The away side lost only six times during this campaign, but we believe Dortmund won’t miss a chance to book new three points.

The first bet is Borussia Dortmund to Win at the odds of 1.50!

We recommend you register at MELbet if you want to place this pick as a single bet. Place a €10 wager on Borussia Dortmund to Win, and you will get €30 in FREE bets! Sign up HERE, and don’t forget to enter the BATBET1 promo code!

We still dip our fingers into the German football and the promotion race in 3. Liga is very exciting. Hansa Rostock is one of the fallen giants searching for its way back to the biggest stage. They are on a sound track of skipping the first step since the hosts sit in the 1st spot. However, Hansa is only two points ahead of Dynamo Dresden and Ingolstadt, while 1860 Munchen still searches for a chance to get into the top three.

Wehen is a solid team, sitting in 5th place. The visitors tied two straight victories, but they raised their form too late. They are eight points away from the top three, and their chances of winning promotion are very slim. Hansa has been very confident at the home ground this season, and they should book a vital win.

The second pick is Hansa Rostock to Win at 2.05 odds!

The Liechtenstein side that competes in the Swiss football system struggles to remain in the top flight. However, Vaduz is in positive momentum, as three wins in the last four rounds lifted them from the bottom of the table. If they remain in the current position, the hosts would need to play in the playoffs against the 2nd-placed Challenge League team. Nevertheless, the nearest safe spot is only a point away, and Vaduz can get out of the danger zone if they keep up the pace.

Basel has another disappointing season, and the visitors are very far from being competitive in the title race. They fight for 2nd place but can easily drop to fifth. Patrick Rahmen’s side has been pretty unstable this season, especially in the back. However, they head to this game after a convincing 5:0 victory over Servette that launched them right behind Young Boys. Basel has been involved in many high-scoring matches this season, and we expect to see at least three goals in total.

Hansa Rostock to Win vs Wehen 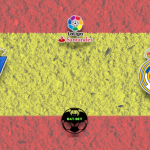 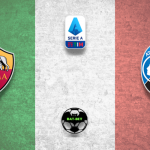