Acca of the Day | Eibar for the Promotion Race!

Howdy, fellow tipsters! We were very close to snatching a winner Acca of the Day last time, but Sweden was a big disappointment. They lost to Georgia 2:0 and slipped to 2nd place in the group. However, Sweden still has a chance to get back on the top, but they need to beat Spain. Nevertheless, we dipped into Saturday’s offer and highlighted new three picks for you:

After being relegated last season, the hoe side wants to bounce back to the Spanish top flight. Eibar is on a good track of doing that, as they are second in La Liga 2. However, Tenerife and Las Palmas are only one point behind them, and Gaizka Garitano’s side should keep a high level of performance.

On the other hand, Alcorcon is hammered to the bottom of the table, and they will unlikely escape from the relegation zone. The visitors picked up only eight points so far and celebrated only twice on 15 occasions. Eibar should have many troubles securing a victory here, and we think they will meet the expectations.

The home side hasn’t been consistent this season, and they are sneaking around the middle of the table. However, a good series of results could launch them to the promotion playoffs zone. Nevertheless, Burton needs to improve its finishing, as they have produced just a goal per match on average.

Charlton will struggle to keep its head above the water, as they are only a point ahead of the relegation zone. However, the visitors have improved their form lately, picking up seven points in the previous three rounds. Although Charlton has been pretty productive, their defense allowed too many goals. Neither side managed to keep the clean sheet in their head-to-head clashes, and we think this clash won’t be much different.

The Owls seek an express return to the Championship, but they would need to stabilize their form. Although Sheffield Wednesday lost only three times so far, they have been involved in many draws. Lee Gregory and the lads are two points behind the promotion playoffs zone, and they want to finish the campaign in the top six.

Gillingham has been struggling so far, and they sit in 19th place, being one point ahead of the red zone. However, the away side hasn’t lost in the previous three rounds, and they want to continue in the same fashion. Nevertheless, Sheffield Wednesday is pretty confident at home, and we expect them to celebrate a victory in this encounter.

Eibar to Win vs Alcorcon

BTTS Yes in Burton vs Charlton

Sheffield Wednesday to Win vs Gillingham 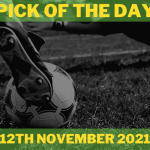 Pick of the Day | Canada to Keep Chasing the World Cup Ticket!