Acca of the Day | Galatasaray to Keep Chasing Fenerbahce!

Howdy, fellow tipsters! Yesterday was a day to forget, as none of our selections was successful. Interestingly, all three games ended in a draw. Pescara rescued a stoppage-time draw despite their dominance against Entella. Austria Vienna and Admira didn’t impress in a goalless draw, while Crewe Alexandra equalized in the last seconds of the match and left Charlton Athletic without a vital victory. We home to be more productive with these three tips:

The home side’s chances of lifting the title are slim since Galatasaray is six points behind top-placed Besiktas, with three rounds to go. However, they can still clinch the Champions League ticket, as Fatih Terim’s side is three points behind the second-placed Fenerbahce. Galatasaray spilled too many crucial points recently, winning only twice in the previous five rounds. They need to get back on the winning track at the home ground, where they haven’t celebrated four times in a row.

Konyaspor is safe in the middle of the table, and the visitors cannot improve their position on the standings too much. They are five points ahead of the relegation zone, but with one game in hand. However, the away side has been in poor form, as Konyaspor failed to win in the last five matches. Galatasaray should meet the expectations and pick up a vital victory in this clash.

The first bet is Galatasaray to Win at the odds of 1.55!

We recommend you register at MELbet if you want to place this pick as a single bet. Place a €10 wager on Galatasaray to Win, and you will get €30 in FREE bets! Sign up HERE, and don’t forget to enter the BATBET1 promo code!

Despite a 2:1 defeat against Universitatea Craiova at home last weekend, CFR Cluj is still one point behind FCSB that tops the table. It was the home side’s first defeat in the championship stage, after booking two wins and keeping clean sheets in both games. The title battle in Romanian Liga 1 is far from over, and Ciprian Dac and the lads want to get back on the winning track.

Botosani is far from the continental battle, and the away side sits in 5th place. After picking up just a point from the opening two rounds in this stage, the visitors celebrated a victory against Academia Clinceni last weekend. However, CFR Cluj missed the chance to beat their upcoming rivals only twice since 2012 at the home ground, and we believe they will book the fourth straight victory against Botosani.

Bala Town is on a good track to secure a place in the Europa Conference League next season. The hosts sit in the 3rd spot, being six points ahead of Penybont and with one game in hand. They booked three wins in the previous four rounds and are the second most productive team in the Welsh Cymru Premier.

After TNS’s goalless draw against nine-men Caernarfon on Tuesday evening, Connah’s Quay has the opportunity to increase their advantage to five points in the title race. The defending champions celebrated against their direct rivals TNS in the latest round on the road and head to this match full of confidence. Although it’s going to be a tight clash, we believe Connah’s Quay has the ability to get back home with all three points.

Galatasaray to Win vs Konyaspor

CFR Cluj to Win vs Botosani 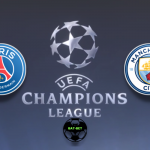 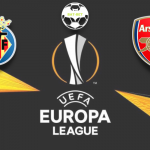