Acca of the Day | Goals Expected in Lower Leagues!

Howdy, fellow tipsters! Galatasaray was the only team that met expectations in our latest Acca of the Day. The Turkish side came back after trailing 1:0 at halftime against Randers to celebrate a 2:1 victory. On the other hand, Bodo/Glimt cracked Zalgiris only in the second half, while Spartak Moscow disappointed its fans again. During the international break, we search for alternatives in lower leagues, and these are our three picks for Friday:

This is the clash between two relegation-threatened teams, and the hosts sit at the bottom of Kakkonen Group A. Keski-Uusimaa is five points behind their upcoming rivals and will desperately search for a win. They improved their home performances and booked two victories in a row to keep their chance for survival realistic.

MyPa had a terrible start to the season, but the away side managed to improve its displays. They suffered just one defeat in the previous five rounds and booked three wins during that period. Although the visitors are pretty efficient in the front, their defense is still pretty leaky. Their last head-to-head clashes produced a lot of goals, and we expect to see at least three this time as well.

The home side struggles to keep its head above the water, as they picked up six points from the opening five rounds in Austrian Regionalliga Ost. They have been pretty inconsistent so far, but Bruck Leitha plays very well at the home ground. The hosts have been clinical in front of the oppositions’ net, especially at home, but they also concede a lot. Fans had a chance to see a total of 17 goals in three matches when Bruck Leitha plays in its backyard.

Stripfing still hasn’t suffered a defeat, and the away side missed the chance to win twice. They are two points behind the top-placed First Vienna and will challenge for promotion this season. The visitors score more than three goals per match on average while conceding once per game. We expect another efficient game, and the odds are pretty attractive.

We’ll dive into the Icelandic Division 2, and there are only three more rounds to be played. Njardvik still hopes for clinching promotion, as the hosts sit in 4th place, being four points behind Volsungur. They are the most efficient team in the competition with 44 goals scored, but the home side could have been tighter in the back.

Reynir is safe in the middle of the table, and they can calmly finish this season. The visitors have been pretty inconsistent lately, as they won three times and lost twice in the last five rounds. They are very bad on the road, where they haven’t celebrated five times in a row. Njardvik still hasn’t lost at home, and this match is very important for them. Therefore, we expect them to pick up all three points here.

Place a €10 wager on Njardvik to Win at MELbet, and you will get €30 in FREE bets! Sign up HERE, and make sure to enter the BATBET1 promo code!

Over 2.5 FT in Keski-Uusimaa vs MyPa

Over 2.5 FT in Bruck Leitha vs Stripfing

Njardvik to Win vs Reynir 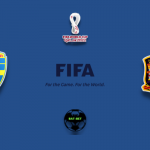 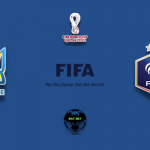