Howdy, fellow tipsters! We didn’t have a successful acca last time as Monza picked up only a point against Pescara, despite the first-half lead. Fenerbahce celebrated a narrow 1:0 win over Denizlispor, making our bet void. Eventually, Silkeborg was the only team to meet the expectations by beating Helsingor 2:0 to continue the promotion race. Let’s see what we have prepared for Tuesday:

Trabzonspor holds 4th place very tight, and the hosts still hope of entering the battle for the top two. It will be a very challenging task since Fenerbahce is six points ahead of them. With seven games to go, Abdullah Avci’s side wants to take its best shot. However, Trabzonspor hasn’t been too convincing lately, as they celebrated only twice in the previous five rounds. They spilled too many points at home but managed to get back on a winning track thanks to a 4:1 victory over Ankaragucu.

On the other hand, Kayserispor struggles to keep its head above the water. The visitors have the same number of points as Yeni Malatyaspor and Ankaragucu, but they sit in the relegation zone. The away side picked up just a point from the previous three rounds, and they need to improve at the finish of the campaign. Trabzonspor has a good chance to secure a new victory, and we believe they are going to deliver it.

The first bet is Trabzonspor to Win at the odds of 1.55!

We recommend you register at MELbet if you want to place this pick as a single bet. Place a €10 wager on Trabzonspor to Win, and you will get €30 in FREE bets! Sign up HERE, and don’t forget to enter the BATBET1 promo code!

The two Challenge League teams will collide in the Swiss Cup quarter-finals. The hosts have been in a bit better form by celebrating three times in the previous five rounds. Filip Stojilkovic and the lads still hope of entering the promotion battle since they are five points behind Thun. Aarau has been doing a very good job in the final third, but their defense is pretty leaky.

Winterthur has the same number of points as their upcoming rivals, but they stayed undefeated only once on the past four occasions. The visitors have also been pretty clinical in front of the oppositions’ net and involved in many efficient matches. Both teams eliminated the Super League teams in the eight-finals, Sion and Basel, respectively, in very high-scoring games. Their head-to-head clashes have been a joy to watch, and one of the teams kept the clean sheet only twice in the previous 15 games when Aarau hosted Winterthur. We believe this one shouldn’t be much different.

Carrick Rangers struggle against relegation, and they are the second-worst team in the NIFL Premiership. The hosts have severe trouble converting their chances into goals, while their defense is the leakiest in the competition. We have the opportunity to see 3.4 goals on average in their matches, which is the highest rate in the league.

Crusaders cannot be satisfied with their campaign, and they fight for a place in the Championship stage. The visitors are leveled with the sixth-placed Ballymena, and they desperately need points from this one. The away side was involved in 19 games that went over a 2.5 margin in 29 rounds played so far. Interestingly, in all their 24 head-to-head encounters, we saw at least three goals, and the odds were too good not to follow the tradition.

Trabzonspor to Win vs Kayserispor

BTTS Yes in Aarau vs Winterthur

Over 2.5 FT in Carrick Rangers vs Crusaders 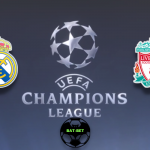 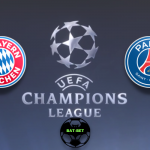