Acca of the Day | Lille Lead the Title Race!

Howdy, fellow tipsters! We hit 2/3 last time since Connah’s Quay let us down by losing to Bala Town. Galatasaray celebrated a narrow win over Konyaspor, while CFR Cluj remained in the title race after picking up all three points against Botosani. After a two-day break, we hope to land a winner treble, and these are our selections:

Les Dogues were on the verge of losing in the derby match against Lyon in the latest round, but they produced a stunning comeback to record a 3:2 victory. Thanks to Burak Yilmaz’s brace, Lille remained on the top spot, being one point ahead of PSG. The hosts have been perfect on the road lately, but they spilled too many vital points at the home ground.

Nice has an average campaign, being in the middle of the table and without any chance to challenge the continental qualification. The visitors lost just once on the previous five occasions, and three victories during that period launched them to 9th place. This game is much more critical for the hosts, and we believe Lille will finally celebrate at the home ground.

We recommend you register at MELbet if you want to place this pick as a single bet. Place a €10 wager on Lille to Win, and you will get €30 in FREE bets! Sign up HERE, and don’t forget to enter the BATBET1 promo code!

The home side enjoys an excellent streak that launched them to the 2nd spot and brought them very close to direct promotion to Serie A. Lecce lost only once in the previous 12 rounds, and in between, they booked nine victories. Eugenio Corini’s side is one point ahead of Salernitana, and they need to keep up the pace to secure a ticket to the Italian top flight.

Cittadella sits in 6th place, and they haven’t been too convincing lately. The away side managed to win only once in the last five games, but they are very close to clinching a place in the promotion playoffs. They haven’t been too successful on the road lately, failing to get back home with a victory in the previous five outings. Lecce is in much better momentum, and we believe the hosts will secure all three points.

DAC Dunajska Streda is likely to finish as runners-up since they are ten points behind the top-placed Slovan Bratislava. The hosts booked two straight wins that keep them five points ahead of in-form Trnava. The home side is among the most efficient teams in the league, with 60 goals scored.

Zilina lost the pace in the race for the 3rd spot after losing twice in a row. Trnava is five points ahead of them, and the visitors don’t depend only on their performances. The away side has been very productive this season, but their defense allowed too many goals. Head-to-head clashes between these two teams have been very efficient lately, and we expect to see at least three goals in total once again.

Lille to Win vs Nice

Lecce to Win vs Cittadella

Over 2.5 FT in DAC Dunajska Streda vs Zilina 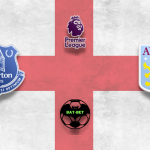 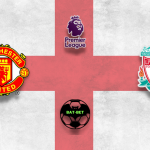