Acca of the Day | Napoli for Staying in the Top Four!

Howdy, fellow tipsters! We were one tip away from the winner treble, but CFR Cluj let us down as they lost to Sepsi Sf. Gheorghe at the home ground. Hamburger SV met the expectations with a confident 5:2 victory over Nurnberg, while Kitchee and Southern District produced the required three goals just after 26 minutes of the game. This is our Tuesday’s treble:

The home side enjoys a six-game unbeatable streak that launched them to 4th place. Gennaro Gattuso’s side wants to remain there and secure another Champions League campaign. They head to this game after an easy 4:1 win away to Spezia and being one point ahead of Juventus. Napoli has been very productive lately, as the hosts netted 12 times in the last four rounds.

Udinese is safe in the middle of the table, and the away side doesn’t need to worry about survival. They are nine points ahead of Benevento, but their recent form hasn’t been too convincing. The visitors picked up just a point from the previous two games, but they scored in the last three matches. Nevertheless, Napoli is a firm favorite in this one, and we don’t think they will miss the chance to book a crucial victory.

The hosts haven’t been playing very well lately, booking only two wins in the last five rounds. They are six points behind the second-placed Thun and with slim chances to secure the promotion playoffs spot. Filip Stojilkovic and the lads have been clinical in front of the oppositions’ net, but their poor defense cost them many important points. Aarau failed to keep its net intact on the previous six occasions.

On the other hand, Kriens has been on a good run, and eight points from the last four rounds made them three points clear from the bottom spot. Despite being unable to keep the clean sheet in the previous three fixtures, the visitors improved their finishing. Head-to-head clashes between these two teams have been very efficient, except for the latest one that ended in a goalless draw. We expect to see another high-scoring match that should go over a 2.5 margin.

Dumbarton fights against relegation, and they got another opportunity to keep their League One spot in the playouts. The home side has severe issues in converting its chances into goals, as they scored two or more goals just five times this season. On the other hand, their defensive work has been pretty decent.

Stranraer finished fourth in League Two and aims for the promotion. The visitors haven’t managed to secure an advantage in the first leg, though, and they will hope for a positive result here. Their last three head-to-head games stayed under a 2.5 margin, and we don’t think we’ll see more than two goals in total in this one.

Napoli to Win vs Udinese

Over 2.5 FT in Aarau vs Kriens

Under 2.5 FT in Dumbarton vs Stranraer 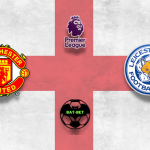 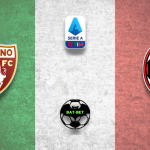