Acca of the Day | Portsmouth to Continue the Promotion Battle!

Howdy, fellow tipsters! Hansa Rostock let us down in our latest treble, as they picked up just a point against Zwickau in a goalless draw. On the other hand, Toulouse continued the chase for a direct ticket for the Ligue 1, thanks to a 3:0 victory over Caen. Finally, Cambridge United secured a direct promotion after beating Grimsby 3:0. These are our three picks for tomorrow:

After a few poor results, Portsmouth jeopardized its chance to fight for promotion. However, the hosts picked up seven points in the last three rounds and remained in the top six. Nevertheless, Danny Cowley’s side has a chance to secure a playoff spot if they win this game. They are one point ahead of Oxford United and Charlton, and only a victory can guarantee them the place in the top six.

Accrington sits in the middle of the table, and the visitors want to wrap up the campaign in a positive fashion. They haven’t lost on the previous four occasions but also tied three draws. This game is much more important for the hosts, and we believe Portsmouth will secure a vital victory in this one.

The first bet is Portsmouth to Win at the odds of 1.50!

Oxford United still has a chance to secure the promotion playoff spot, but they’ll need Accrington’s help. The hosts are one point behind Portsmouth, despite being in excellent form lately. They booked four wins in the last five rounds, and their matches have been pretty efficient lately.

Burton managed to get away from the relegation zone, despite being hammered to the bottom of the table in the first half of the campaign. Jimmy Floyd Hasselbaink lifted the visitors to 16th place, staying 13 points clear of the danger zone. The visitors improved their finishing significantly, and they have been involved in many high-scoring matches lately. We expect to see another productive clash that should go over a 2.5 margin.

Lion City wants to be the most dominant team in the Singapore Premier League, and they are on a good track to challenging the title. The hosts are four points behind the top-placed Albirex Niigata but have one game in hand. Lion City booked three wins in a row, and they want to pick up where they left off.

On the other hand, Geylang is one of the weakest teams in the league, and the away side celebrated just twice in eight games. They managed to break their streak of four defeats with a 4:2 victory over the bottom-placed Young Lions. Their defense is one of the leakiest in the competition since the visitors conceded 22 times so far. The odds on the home victory are a bit higher than expected, and we want to back Lion City to win.

Place a €10 wager on Lion City to Win at MELbet, and you will get €30 in FREE bets! Sign up HERE, and make sure to enter the BATBET1 promo code!

Portsmouth to Win vs Accrington

Over 2.5 FT in Oxford United vs Burton

Lion City to Win vs Geylang 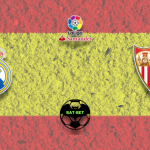 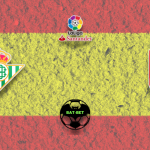