Acca of the Day | Scandinavian Leagues In Focus!

Howdy, fellow tipsters! Our latest Acca of the Day brought many goals, but just one winner tip. Bologna met the expectations with a 3:2 victory over Salernitana, but Lyon wasted its 3:1 lead to pick up just a point against Clermont. Finally, Hamburger SV and Darmstadt split points in a 2:2 draw. Monday’s offer brings us several interesting clashes, and we picked three for our acca:

It is another disappointing season for the Swedish giants, as they are far from challenging the continental qualification. Mikael Stahre’s side hasn’t suffered too many defeats – only four, in fact – but they were involved in many draws. Goteborg wasted too many points at the home ground and won just once on the previous five occasions.

Varbergs is two points behind their upcoming rivals, and the visitors search for a getaway from the danger. Nevertheless, they haven’t suffered a defeat in the previous five rounds, and that good run dragged them out of the relegation zone. However, Varbergs haven’t tasted a win on the road in the last five outings. Goteborg managed to beat their rivals in both clashes at Gamla Ullevi, and we think they’ll pick up all three points again.

Former Swedish champions are going through tough times as they compete in the second tier. However, the hosts tied three wins that launched them to 3rd place in Superettan. Actually, Helsingborg has a chance to go top of the table if they win this game. Their defense is pretty disciplined and among the tightest in the league. Helsingborg also improved its home performances and booked two straight wins at the home ground.

On the other hand, Vasalunds struggles in the relegation battle, and they are 2nd worst team in the competition. They suffered ten defeats in 16 rounds, but the visitors are not far from the safe zone. However, they suffered three losses in the previous five rounds, while their away displays are terrible. Vasalunds lost seven times in eight outings, and a tough challenge is ahead of them. Helsingborg is a favorite in this clash, and we expect them to deliver a win.

The second pick is Helsingborg to Win at 1.50 odds!

Fredrikstad is on its way back to the Norwegian top flight after several years of decline. Former Eliteserien champions went down to the 3rd tier and got promoted this season. Nevertheless, they are among the major contenders for promotion and currently sit in 2nd place. The hosts haven’t lost seven times in a row, and they want to keep their run going.

Stjordals Blink barely survived last season, and they struggle once again. After two straight defeats, the away side remained in the 15th spot, second from the bottom. They are the 2nd most inefficient side in the competition, and Stjordals Blink has a hard time playing on the road. Fredrikstad should meet the expectations and book another victory.

The third pick is Fredrikstad to Win at 1.45!

Place a €10 wager on Fredrikstadto Win at MELbet, and you will get €30 in FREE bets! Sign up HERE, and make sure to enter the BATBET1 promo code!

Goteborg to Win vs Varbergs

Helsingborg to Win vs Vasalunds

Fredrikstad to Win vs Stjordals Blink 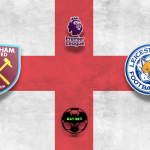 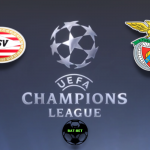