Acca of the Day | Sevilla to Keep the Run Going!

Howdy, fellow tipsters! Dynamo Dresden ruined our treble yesterday, as they failed to win once again by losing to Hallescher 3:0 at home. With this defeat, they slipped down from the top three and jeopardized their chances for promotion. Besiktas remained on the top of the Super Lig thanks to a 3:1 victory over Kayserispor, while Lion City booked a narrow win away to Hougang. We hope for better luck on Sunday with these three selections:

Nobody counts Sevilla in the title race, but the hosts are only six points away from the top spot. There is enough time for Julen Lopetegui’s side to improve their standings with six more rounds to go. The home side enjoys a fantastic streak, failing to win only once in the last seven La Liga rounds. Sevilla booked three straight wins on the road, and it’s time to continue it at Estadio Ramon Sanchez Pizjuan.

Granada can be pleased with its campaign, as the visitors sit in 8th place. However, they will unlikely book a ticket for the continental cups since the away side is eight points behind Betis but with two games in hand. They head to this match after two wins in a row, hoping they can continue the streak. Nevertheless, Sevilla is in great momentum, and they should pick up all three points from this encounter.

We recommend you register at MELbet if you want to place this pick as a single bet. Place a €10 wager on Sevilla to Win, and you will get €30 in FREE bets! Sign up HERE, and don’t forget to enter the BATBET1 promo code!

The hosts want to continue the title battle, and they are six points behind Besiktas, but with one game in hand. If they don’t lose this match, Fener will return to the 2nd spot, which secures a place in the Champions League next season. Ozan Tufan and the lads won twice in a row and haven’t lost in the last five rounds.

On the other hand, Kasimpasa struggles to keep its head above the water, and the visitors are only two points ahead of the relegation zone. They have been searching for a win for the previous four rounds, drawing three times during that period. The away side is one of the worst visitors in the Super Lig, winning just twice in 17 outings. Fenerbahce shouldn’t miss this chance to book a vital victory and continue the title battle.

The second pick is Fenerbahce to Win at 1.55 odds!

Since teams that fight for promotion haven’t been too successful lately, we’ll focus on the relegation battle in the German 3. Liga. Magdeburg has been struggling in the first half of the season and hammered to the bottom of the table. However, the hosts improved their game significantly and celebrated six times in the previous eight rounds. That excellent run launched them to 13th place and five points above the red line. The key for success was a tight defense, as Magdeburg allowed only one goal in the last six matches.

Lubeck hasn’t been so good lately, and the away side won only once in the past five rounds. They are six points behind the nearest safe spot and the second-worst team in the league. The visitors lost ten times in 16 outings this season, making them one of the poorest away teams in the competition. We expect Magdeburg to keep up where they left off and escape from the danger zone.

Sevilla to Win vs Granada

Fenerbahce to Win vs Kasimpasa

Magdeburg to Win vs Lubeck

Acca of the Day | Dynamo Dresden to Return to the Winning Ways! 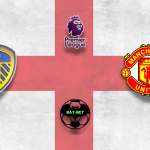