Acca of the Day | Sporting to Drive the Title Race!

Howdy, fellow tipsters! The previous treble continued our winning streak and landed the 4.88 odds. Bournemouth continued the promotion battle with a 2:1 victory away to Huddersfield, while Shamrock Rovers got back with all three points from Derry City. Finally, Amstetten and Austria Klagenfurt provided fireworks in a 6:1 away wins in the game where we searched for at least three goals. We want to keep up where we left off with these three tips:

The home side struggles in the relegation battle and is three points away from the nearest safe spot. However, Farense cannot be happy with its recent form, as the hosts lost four times in the previous five rounds. Although they haven’t been too bad in the back, they failed to produce enough goals. Farense has recently been very poor at the home ground, as they picked up only two points in the last six home games.

Sporting tied two draws, and Porto started melting down their advantage. The Lions are six points ahead of the defending champions, and they need to get back on the winning track. Ruben Amorim’s side still hasn’t tasted a defeat in the Primeira Liga and is the most serious candidate for the title. Sporting managed to beat Farense three times in four matches played away from home, and we believe they will book critical three points.

We recommend you register at MELbet if you want to place this pick as a single bet. Place a €10 wager on Sporting to Win, and you will get €30 in FREE bets! Sign up HERE, and don’t forget to enter the BATBET1 promo code!

Tampines struggles when playing on the road, but they are very confident in their backyard. The home side played only two games at their pitch and managed to score ten goals. They trashed Young Lions 7:0 in their latest home game, and they need to keep up the pace if they want to challenge the top spot.

On the other hand, Geylang heads to this match after a humiliating 8:0 defeat against Lion City in the previous round. Their defense has been very leaky this season, as the visitors conceded 17 times on six occasions. The away side is the second-worst team in the league, collecting only four points. They managed to remain undefeated only once in the previous five games, and we believe Tampines will command this match and drive it over a 2.5 margin.

Darmstadt secured a vital victory in their relegation battle, as they celebrated in Hamburg against HSV. They are now nine points ahead of the red zone, and shouldn’t worry too much about survival. Serdar Dursun and the lads have been clinical in front of the oppositions’ net, while their defense hasn’t been very tight.

Greuther Furth fights for direct promotion, and they are leveled with HSV in 2nd place, but with one game in hand. The visitors are the second-most productive team in Bundesliga 2, and they need to keep their performances at the highest possible level to secure the promotion. Both teams have been involved in high-scoring matches lately. We saw goals in both nets in the last five Darmstadt’s games, while Greuther furth managed to keep the clean sheet only once in the previous six matches. We expect to see an open clash, with at least a goal on each net.

Sporting to Win vs Farense

Over 2.5 FT in Tampines vs Geylang 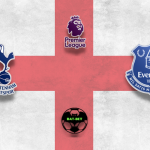