Howdy, fellow tipsters! We are activating our Acca of the Day section again, bringing you the best three tips from Thursday’s offer. World Cup Quals are on the menu in all parts of the world, and these are the matches we hope to bring us decent profits:

The hosts are the only team without points in Group B, and they are very far from challenging the qualification spot. Vietnam suffered all four defeats, producing a goal per game and conceding 2.5 per contest on average. However, they played only one game at the home ground and lost to Australia 1:0.

Japan is one of the favorites for booking a place in the World Cup, but the away side hasn’t been convincing enough. They are joint third with Oman and six points behind top-placed Australia. Nevertheless, Hajime Moriyasu’s side had a tough schedule, and they booked two wins and suffered two defeats. It is a must-win game for Japan, and we believe the visitors will meet the expectations and secure the advantage at halftime.

Georgia is one of the worst teams in Group B, as they have collected only four points so far. It is going to be their last match in the 2022 World Cup Quals, and the hosts want to leave a positive impression. However, they scored only four goals, while their defense allows two goals per match on average.

On the other hand, Sweden tops the group, and they want to keep the distance from Spain in the battle for the direct qualification. Emil Forsberg and the lads are two points ahead of La Furia Roja, and the winner of the group should be decided in their h2h clash in the final round. Sweden has been pretty confident so far, and we don’t think they will spill points in this encounter.

We started our journey in Asia and are about to arrive in South America via Europe. The battle for three World Cup tickets is quite intense, and Ecuador is among the contenders. Despite winning just once on the previous five occasions, the hosts are still third. However, Colombia and Uruguay are just one point behind, while Chile, Bolivia, and Paraguay are not far. Nevertheless, Ecuador has been pretty confident at the home ground, where they play at a high altitude.

Venezuela will fail to challenge for the World Cup qualification and remains the only South American national team that hasn’t participated in the final tournament. They are on the bottom of the standings, with seven points from 12 rounds. The visitors have been extremely poor on the road, losing in all six outings and scoring just twice. Ecuador shouldn’t miss the chance to secure all three points, and we believe they will deliver a win.

Sweden to Win vs Georgia

Ecuador to Win vs Venezuela 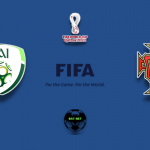 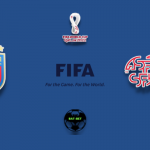