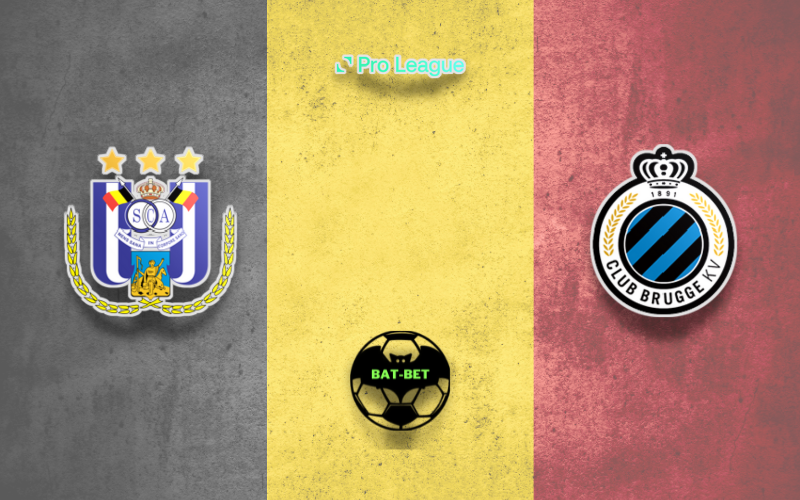 Anderlecht and Club Brugge will face each other in the Pro League Championship Playoffs 5th round on Thursday evening. The home side looks forward to securing a direct Europa Conference League spot, while the visitors could seal the title with a potential win.

The most successful Belgian club didn’t have too many reasons for celebration in the previous few seasons, as they were very far from the title battle. The hosts are 11 points behind their upcoming rivals, and the best they can hope for is a direct place in the Europa Conference League. Anderlecht has had many organizational and financial problems lately, and they won the latest title in 2017. They didn’t play in continental competitions in the past two seasons, which happened for the first time in the club’s history. Vincent Kompany’s side is still searching for the first victory in the Championship Playoffs stage. After three straight draws, the home side failed to a 2:1 defeat against Genk, who managed to stay in the title race. Lukas Nmecha and the lads have been pretty efficient, but their defense hasn’t been tight enough lately. Anderlecht will try to remain in 3rd spot and prevent their rivals from securing the title in this clash.

Club Brugge has been the most dominant team in both stages of the Pro League. They finished the regular season 16 points ahead of the second-placed Antwerp, while they are currently five points ahead of Genk. However, Philippe Clement’s side celebrated just once in the Championship Playoffs, and that victory came in the latest round. Noa Lang and the lads have been lethal for the oppositions’ goalkeepers in the regular stage, but their productivity has declined lately. Club Brugge has been excellent on the road, as they lost only three times in 19 outings played so far. They will search for all three points that can see the visitors celebrate another title.

Neither side has been too convincing lately, and this game can go either way. Anderlecht will give their best to prevent their fierce rivals from celebrating the title at their ground. Therefore, we believe the hosts will remain undefeated in this clash.

Both sides have been involved in many high-scoring games recently. We saw both teams scoring in the previous four Anderlecht’s matches, while only two of their last 11 head-to-head clashes remained under a 2.5 margin. We don’t think either team will keep the clean sheet, and they should both score.

Acca of the Day | Coupe de France Battle on the Menu!

Acca of the Day | Austria Vienna for the Continental Spot!