When Pierre-Emerick Aubameyang signed for Arsenal, fans were excited but also wondered where he would play. After all, with Alexandre Lacazette already at the club, how would they find pace to play with two forwards who might do similar things to one another?

Well, the solution this summer appears to be simple: move on the Frenchman for a large fee, and replace him with 24-year-old Aaron Boupendza. The Gabonese international is a compatriot and national teammate of Aubameyang, and with 18 goals in 26 games in the Turkish Super Lig has shown he can score consistently. Would he be a more suitable foil, at lesser expense in wages, than Lacazette?

Rumours regarding the long-term future for the former Lyon man has been going on for some time, and a summer exit has always felt likely. However, his replacement might not be a play of similar profile or popularity. Instead, it could be a young player that Aubameyang has personally recommended and Arsenal scouts are now believed to be close to forming an opinion of.

The 24-year-old has made huge strides this season, adding a clinical edge and a composure to his game that was missing in previous seasons. Given that Aubameyang had similar issues with consistency well before he arrived in Germany or England, it is no surprise that he sees the same progression potential in his teammate at national level.

Already with a growing list of targets for the summer, after getting signed on loan a midfielder Martin Ødegaard, it is believed that Arsenal will look to bring in a new striker in the summer. Lacazette is almost certain to move on from the Emirates Stadium. Seeing Alexandre Lacazette miss a set of half-chances in the 2-1 win over Tottenham raised no new concerns.Tucking away an excellent, high pressure penalty is reason to celebrate but doesn’t gloss over the needs of the squad.

Arsenal and Lilywhites are set to fight it out for Wigan wonderkid Kyle Joseph.

Arsenal have to sign a goalscorer in the summer. We could also see young strikers such as Eddie Nketiah decide to move on from his academy club in a bid to receive more gametime. This would leave a striker spot open for Arsenal and given they might not make European football having a smaller, more condensed squad might make sense.

There are various suitors for Boupendza, though, and it could see the Gunners forced into a mini bidding war to try and win the signing. Given this could propel the fee higher, though, there might be a reticence to make such a move.

It is hard to get right, of course, but Arsenal have been trying to find the right balance in terms of age profile, gametime, and wage structure for the squad since Arteta arrived. With Aubameyang proven as the number one forward under the Spaniard, signing a player who would help him get rest-time, who could link-up together, and who would keep the star player at the club happy might not be the worst idea in the world.

While talk of a signing arriving in March might seem premature, it is known that Arteta would like to make moves quicker as opposed to later in the window. For now, there is one thing for sure: Aubameyang wants to see his compatriot arrive, and will be happy to let Arsenal know. 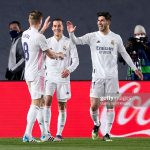 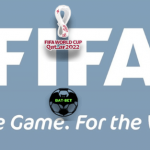