Arsenal will host Tottenham Hotspur in the North London derby on Sunday afternoon. Both sides will search for victory over their fierce rivals and the chance to improve their standings on the table.

Arsenal has another disappointing campaign, and, likely, the hosts won’t participate in the continental competitions next season. The Gunners sit in 10th place with only 38 points won. Mikel Arteta’s side lost 11 matches in Premier League this season and is very far from the Europa League spots. Although Rob Holding and the lads perform much better in the back than the previous campaign, their teammates from attack haven’t been efficient enough. Arsenal booked two wins in the last five rounds and has been pretty inconsistent lately. However, a victory over Olympiakos on the road can encourage home fans ahead of this game.

Tottenham Hotspur improved its form lately, and the away side celebrated three straight wins in the English top-flight. The Spurs sit in the 7th spot but still hope to finish in the top four. Jose Mourinho’s side is only five points behind Chelsea, having one game in hand. If we count the Europa League matches, Tottenham booked five victories in a row. During that period, Sergio Reguilon and the lads conceded only once, while the Spurs scored four goals on three occasions. Tottenham had some troubles on the road lately, after losing in their three straight outings. However, they managed to get back on the winning track after beating Fulham. We need to admit that the visitors have been very lucky, as VAR ruled out a Cottagers goal. The away side wants to continue its streak and gets closer to the 4th spot.

These derbies are always tricky to predict, as both sides will give their best to beat fierce rivals. However, Tottenham is in much better momentum, and we think the Spurs could take all three points.

Both teams were very productive lately, and although the visitors are very hard to crack recently, we expect to see an efficient game. We don’t believe any of the teams can keep the clean sheet.

Click below to bet on Arsenal vs Tottenham Hotspur and claim your 100% welcome bonus up to 122€ now! 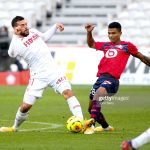 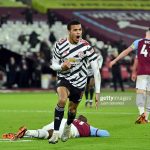