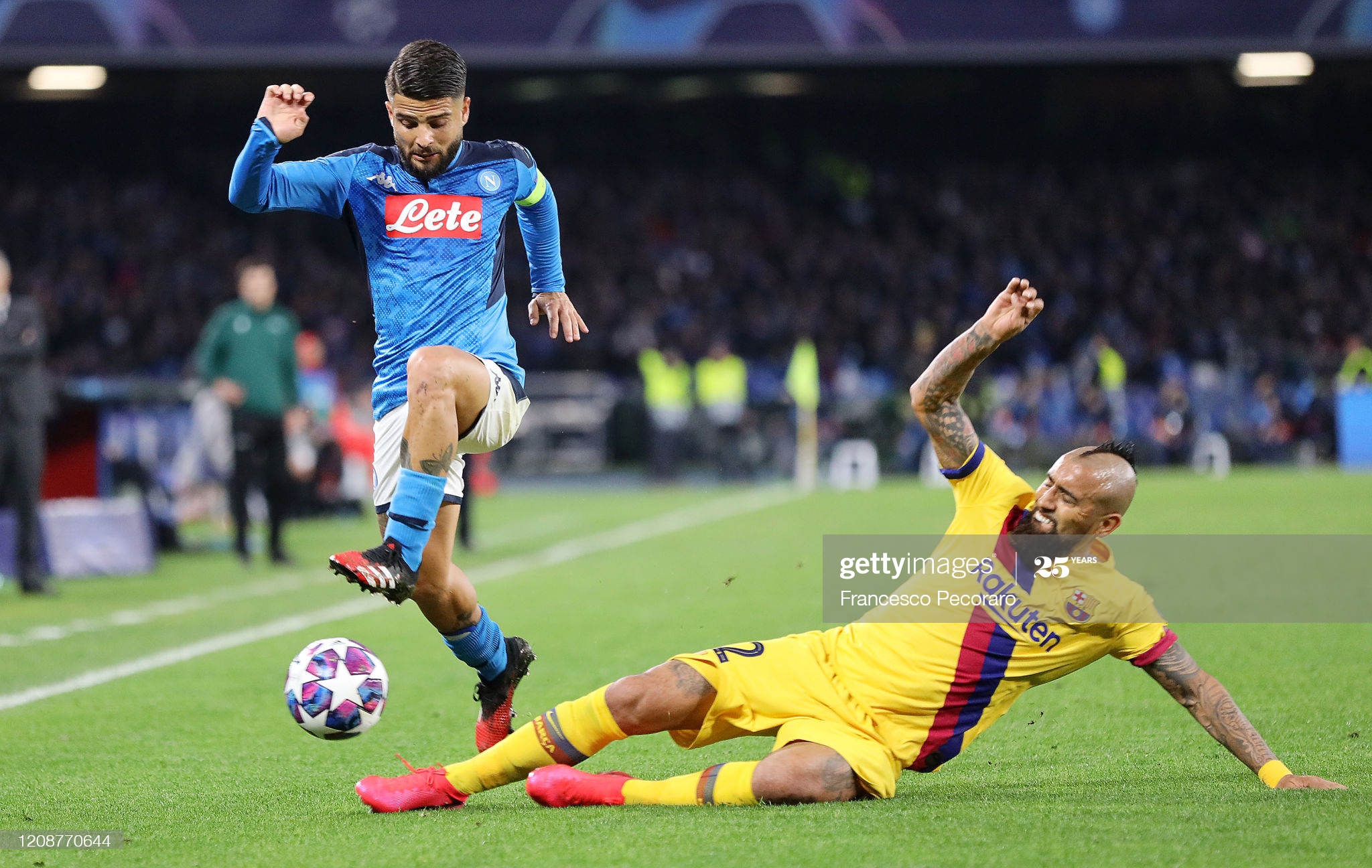 Barcelona and Napoli are going to face each other in the second leg of the Champions League 8th finals. The hosts are in a bit better position in the build-up of this match, while the away side needs to search for at least one goal.

The home side finished as the runners-up in the Spanish La Liga as they were five points behind Real Madrid. Leo Messi and the lads spilled a lot of points after the coronavirus break, mostly in draw matches. However, they managed to stabilize the form at the finish of the campaign, and in the last five rounds, the hosts booked four victories. Quique Setien’s side has been the most efficient in the championship as they found the back of the net 86 times. Barcelona lost just once at Nou Camp this season, and that defeat came in their closing match in front of their fans against Osasuna. They took the top spot in the group stage of the Champions League, with only two draws in six rounds.

Napoli had a disappointing campaign in Serie A since they finished at the 7th spot. The only chance for the visitors to secure the place in European competitions for the next season is by winning the Champions League. Gennaro Gattuso’s side has been in variable form lately as they celebrated three times and lost twice in the last five rounds. Although they were pretty efficient in the front, their defending should have been much better. Napoli managed to avoid a defeat just once in the last three away matches. The visitors completed the group stage without losing, but on the 2nd place as they were one point behind Liverpool.

It is going to be an exciting clash in which both sides have the chance to get a positive result. However, we believe Barcelona is closer to victory, which can secure them the place in the quarter-finals.

Although Barcelona is lethal for the oppositions’ goalkeepers, this should be a tight clash. Gennaro  Gattuso should prepare his side for a great battle, and we don’t think we’ll see more than two goals.