Barcelona and Real Madrid will face each other on Sunday afternoon in the first El Clasico of the season. The hosts want to get back in the title race, while the away side looks forward to breaking its winless streak.

Although the home side won only half of La Liga matches so far in the campaign, they are not too far from the top spot. Barcelona is two points behind its fierce rivals, while Real Sociedad is five points ahead of them. Ronald Koeman’s side goes to this game after beating Dynamo Kyiv in the Champions League. However, Barca struggled to deliver that victory. Gerard Pique and the lads picked up the majority of points at the home ground, while they have had many problems on the road. On the other hand, Barcelona hasn’t conceded too many goals, but tough opponents like Atletico Madrid or the ones from the Champions League scored at least twice against them. The hosts need a disciplined performance on Sunday to secure a win against arch-rivals.

Real Madrid had a good start in the new campaign, but they failed to win in the previous two rounds. Los Blancos snatched just a point during that period, and their latest match in La Liga was a 2:1 defeat away to Espanyol. They head on another trip to Barcelona, but they will face their biggest rivals with the intention to hurt them even more this season. Carlo Ancelotti’s side is three points behind the top-placed Real Sociedad, but they have one game in hand. The visitors have been lethal for the oppositions’ goalkeepers this season, but they need to do much better in defense. This time, the public starts to speak about emerging stars in these two clubs, and we will see the Fati – Vinicius rivalry on the pitch. Karim Benzema is questionable for this match, and it would be a huge setback for Real Madrid if he misses El Clasico.

These derbies are always challenging to predict, and this match could go either way. However, we believe Real Madrid has been more confident this season, and the visitors should get back on the winning track. Therefore, we’ll back Los Blancos to win El Clasico.

Barcelona has been very productive at Camp Nou, while Real Madrid is currently the most efficient team in La Liga. On the other hand, the visitors conceded in six La Liga games so far, and we should see both teams scoring in this clash. 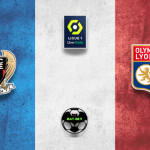 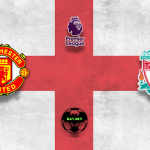