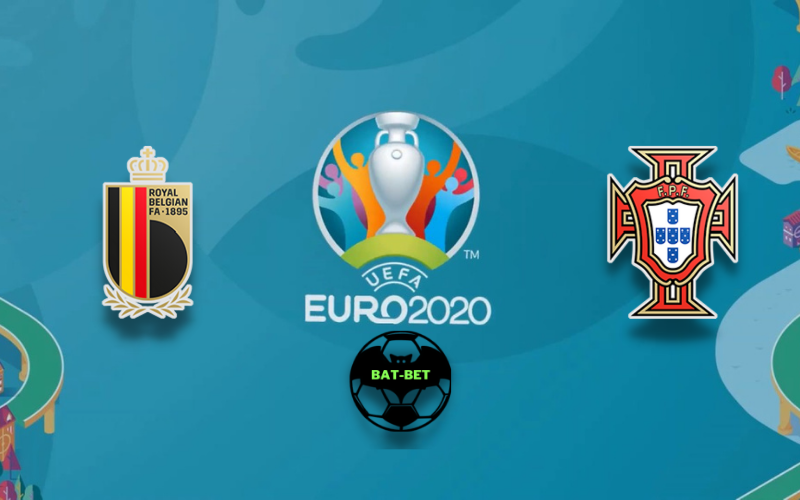 Belgium and Portugal will face each other in one of the most exciting matches of the EURO 2020 eighth-finals. The Red Devils aim for the trophy, while the defending champions want to keep the title.

Belgium heads to the knockout stage after booking the perfect record in Group B. They were very confident against Russia in a 3:0 victory but needed a comeback against Denmark. Finally, the Red Devils managed to crack Finland in the second half of the third game and celebrated a 2:0 victory. Roberto Martinez’s side enjoys an excellent run, as they haven’t tasted a defeat on the previous 12 occasions. During that period, Belgium missed the chance to win only twice. Kevin de Bruyne is back on the team, and he already showed how important he is for Belgium. With Eden Hazard also being available, Belgium wants to go very far in the tournament.

It was a bit stressful for Portugal in the group stage, but they managed to progress to the eighth-finals. At one point, they hit the bottom of the standings during the final round matches, but Cristiano Ronaldo equalized against France. Fernando Santos’s side celebrated just once in EURO 2020 so far, after opening the campaign with a 3:0 win against Hungary. Seleção suffered a 4:2 defeat against Germany and secured a point in the clash against France. Cristiano Ronaldo leveled up with Ali Daei for the number of international goals scored and will look forward to setting a new record. On the other hand, Portugal’s defense will be under severe pressure again since Belgium has significant attacking potential. If they want to keep the title, the defending champions should put a much more disciplined performance.

It is going to be an exciting clash that can go either way. Both teams have enough quality to reach the very final stages of the tournament, but the road will end for one of them. We see this game going into the extra time and eventually to the penalty shootout. If we have to pick a winner, we think Belgium could be luckier in the penalty roulette.

Both teams have been very efficient so far, and they can score against any side. However, Portugal is not so tight in the back but can find the back of the net of any opponent. Therefore, we don’t think either side will keep the clean sheet.