Borussia Dortmund will host Mainz in the match of the Bundesliga 16th rounds on Saturday afternoon. The home side wants to get back in the title race, while the visitors are looking for a getaway from the bottom of the table.

Inconsistency has been Borussia’s trademark this season, and the hosts have been pretty unpredictable so far. However, they improved their recent form and tied three straight victories. That good run, along with some surprising results of the leading teams, put them back in the title battle. Dortmund sits in 4th place, being five points behind Bayern Munich. The home side celebrated away to RB Leipzig last weekend, which might be a vital victory in their title campaign. Erling Haaland and the lads have been pretty productive this season, as they scored in the last 21 games. However, their defense needs to improve as they kept the clean sheet only twice on the previous ten occasions. Borussia Dortmund hasn’t been too convincing when playing at home as they booked four wins and lost three times. They need to keep up the form to remain competitive in the race for the very top spot.

On the other hand, Mainz is hammered to the bottom of the table. The away side picked up only six points and booked a single victory in the campaign. Bo Svensson’s side pain point is the lack of efficiency as they netted 14 goals, being one of the most unproductive teams in the league. Even when they manage to score more than once in a game, like it was the case in Munich against Bayern when they had a 2:0 half-time lead, the visitors fail to secure a win. In that particular case, they slumped to a 5:2 defeat in the second half. Jerry St. Juste and the lads conceded 33 goals so far in the competition, and their defense is the second-worst in Bundesliga. Mainz needs to improve if they want to remain in the top flight as they are seven points behind the nearest safe spot.

Borussia Dortmund is a strong favorite in this game, and everything except a home win would be a surprise. Since the odds on Dortmund’s victory are slim, we think they are going to celebrate by at least two goals.

The hosts have been involved in many high-scoring games this season, and we expect them to continue in the same fashion. We should see at least four goals in this clash.

Click below to bet on Borussia Dortmund vs Mainz and claim your 100% welcome bonus up to 122€ now! 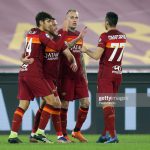 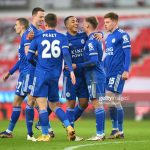