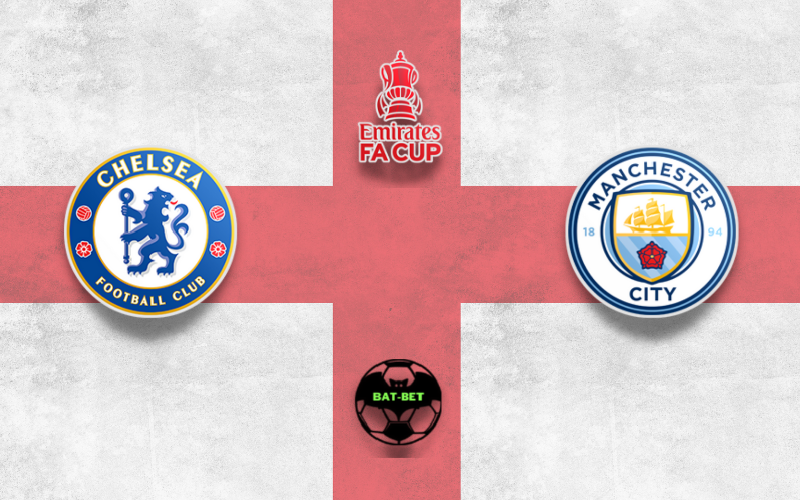 Chelsea and Manchester City will face each other in the FA Cup semi-finals on Saturday afternoon. The hosts search for a chance to challenge the domestic trophy, while the visitors aim for the quadruple this season.

Despite a defeat in the Champions League quarter-finals second leg against Porto, the home side booked a place among the best four continental teams. The Blues haven’t been convincing in the previous match, but a stoppage-time goal didn’t harm their Champions League bid. However, Thomas Tuchel’s side has been inconsistent lately, and everything started after a surprising 5:2 defeat against West Brom at Stamford Bridge. Nevertheless, Mason Mount and the lads are still in the game for the top-four spot, as they are one point behind West Ham. The hosts have been quite confident at Stamford Bridge this season, but their latest performances haven’t been too promising. If Chelsea wants to win a domestic trophy, though, they need to put a very disciplined display.

Manchester City also managed to get through the Champions League semi-finals after a 4:2 aggregate victory over Borussia Dortmund. However, the Citizens were trailing at halftime, and that result was more suitable for the German side. Nevertheless, Riyad Mahrez and Phil Foden were the leading turnaround creators and brought their team a chance to face PSG for the place in the finals. Pep Guardiola’s side is already on the right track to securing the Premier League title, being 11 points ahead of Manchester United. City already progressed to the EFL Cup finals, and they are in the game for all four trophies this season. The victory against Borussia Dortmund is a massive boost of confidence for the visitors to try to pick up the glory in all competitions.

This game can go either way, but Manchester City has been more stable recently. The visitors are enjoying an excellent streak and might continue it at the Blues’ expense. We believe they will secure another final and win this game in 90 minutes.

The Citizens scored at least twice on the road in 14 out of their previous 15 games. On the other hand, Chelsea rarely misses the opportunity to find the back of the net recently. We expect to see an efficient encounter that will go over a 2.5 margin.