Chelsea and Tottenham Hotspur will face each other in the  Premier League 23rd round derby match. The home side is in a slight decline in form, and they are now far from the title race. On the other hand, the visitors have improved their game, and they got back in the top-four battle.

Chelsea goes into this match coming off the back of a 1-1 Premier League stalemate against Brighton & Hove Albion. It was their fourth game without a win in the Premier League, which saw them slip to 3rd place. The Blues are now 12 points behind the top-placed Manchester City, and they need to stabilize in order to stay in the title race. Thomas Tuchel’s Chelsea has celebrated scoring a total of 11 times over their prior six outings. At the other end, the tally of goals they conceded in those same games is five. Timo Werner is back after the injury, and we will see if he will get more minutes in the next period. Chelsea coach Thomas Tuchel has more problems with availability, as Reece James, Andreas Christensen, and Ben Chilwell are out of the contest.

Tottenham Hotspur will enter the clash after beating Leicester City 3:2 in the Premier League latest round. Although they trailed 2:1 in 90 minutes, Steven Bergwijn scored a brace in the stoppage time for important three points. That victory pushed them to 5th place, being just one point behind West Ham. The statistics do not lie, and Tottenham Hotspur has scored in five of the last six games, with opposing teams scoring a total of seven goals. In defense, Tottenham Hotspur was far from perfect. Stephen Bergwijn shows why he was brought in, and he is unstoppable in a one-on-one game. Conte is aware that he has a player in his team who can solve the match with one move. One concern bothers Conte before this match, as Heung-min Son will not perform due to a muscle injury.

Tottenham has been in better form than their rivals, but these two sides faced each other twice in the EFL Cup semi-finals. Chelsea celebrated a double victory, and we expect them to beat the Spurs for the third time in a row.

The crowd couldn’t see too many goals when these two sides faced each other. Tottenham failed to score in their previous three encounters, and this one should be another tight game. Therefore, we don’t expect to see more than two goals in total. 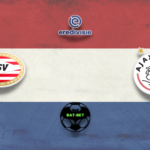 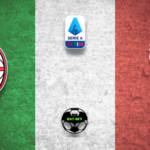