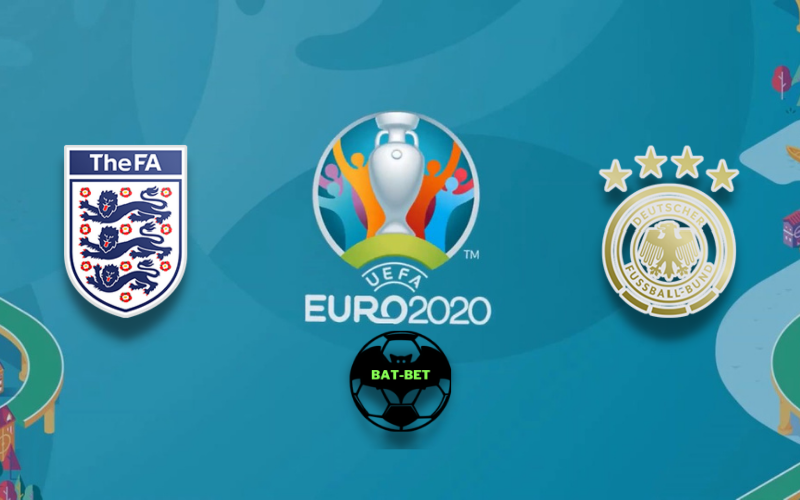 England will host Germany in the derby match of the EURO 2020 eighth-finals at Wembley Stadium. The home side has been very disciplined so far, while Elf has had severe problems in the tournament.

England heads to this game after securing the pole position in Group D. They opened the campaign with a narrow 1:0 victory over Croatia but held by Scotland to a goalless draw. In the battle for the top spot in the group stage, Raheem Sterling and the lads celebrated another 1:0 win. Gareth Southgate’s side has been unbeatable in the back, as they still haven’t conceded in EURO 2020. Considering the warm-up games, the Three Lions managed to keep their net intact on five occasions. On the other hand, England hasn’t been too productive, as they also failed to score more than a goal in each of those five matches. Their game isn’t too attractive, but it brought decent results so far. The hosts aim for another disciplined performance that could keep them in the tournament.

It has been a stressful campaign for the Germans as they barely managed to reach the knockout stage. They lost to France in their first match in the tournament but got back with a 4:2 victory over Portugal. However, everybody thought Elf would have an easy job against Hungary in Munich, but they needed to save a 2:2 draw. Joachim Low’s side was on the verge of elimination from EURO 2020, but a late goal brought them a vital point. Mats Hummels and the lads have severe troubles in the back as they failed to keep the clean sheet six times in a row. On the other hand, Germany didn’t score only against France in the last six matches. Elf need to do much better in the back if they want to secure a place in the quarter-finals.

It is going to be a very tight clash, and both sides have equal chances of advancing to the quarter-finals. England is a slight favorite due to a better form and the home ground, but Germany shouldn’t be written off. We wouldn’t be surprised if this game goes into the extra time.

While England has been involved in low-scoring matches lately, we could see a lot of goals in Germany’s games. However, since the stake is very high in this match, we shouldn’t expect to see too many goals. Therefore, we believe this encounter will stay under a 2.5 margin.