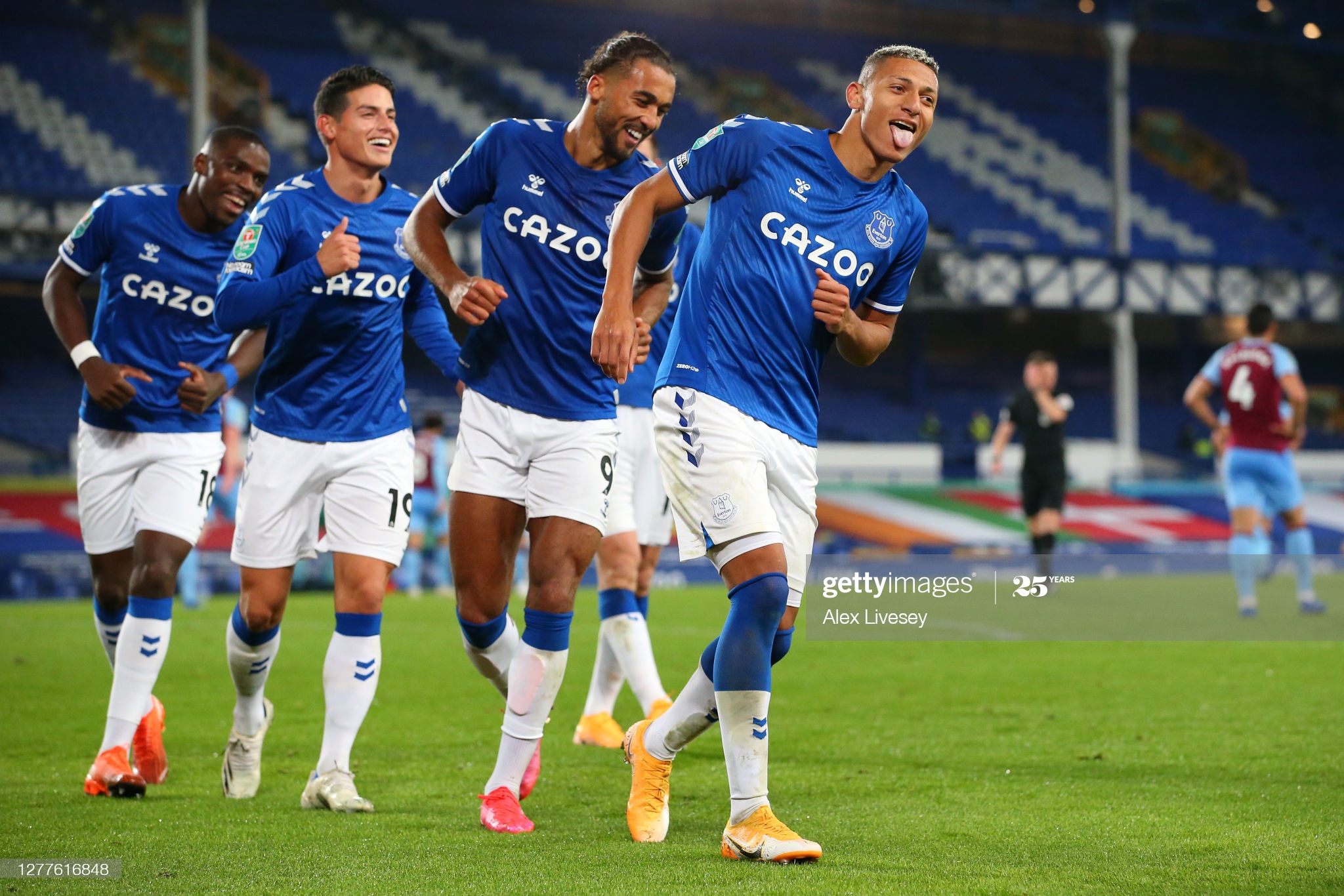 The 5th round of the Premier League is going to be opened with the derby clash between Everton and Liverpool. The hosts want to keep up with their perfect start of the season, while the away side is looking for an improvement after the major setback in the previous round.

Everton is sitting on the top of the Premier League table as they have the perfect score of all four victories. Although they had a stern test at the very first round, the hosts celebrated against Tottenham Hotspur. Dominic Calvert-Lewin and the lads have been scoring three goals per match on average, and when they are playing at Goodison Park, the Toffees were netting at least four times per game. Besides that, Carlo Ancelotti’s side was perfect in the EFL Cup as well, as they eliminated three opponents so far. New signings blended into the team very quickly, and James Rodrigues became one of the instrumental members of the squad. The Colombian international already scored three goals, and he is more than motivated to get his career on the right track. This game is going to be the biggest challenge for the hosts so far, but Everton is full of confidence and ready for the first Merseyside derby of the season.

On the other hand, Liverpool suffered a humiliating 7:2 defeat away to Aston Villa before the international break. Although they had a perfect record in the build-up of that match, the visitors were outclassed in that game. Most of the players were on international duty, and there was little time to reset and adequately prepare for this game. The Reds have a lot of problems in the defense, and we had the chance to see them already in the season-opener against Leeds United at Anfield. With Alisson being injured, there is a lot of space for improvement in the backline, and Jurgen Klopp will need to work on them. Liverpool needs to show the character in this game, and undoubtedly, it will be an exciting clash.

Everton will undoubtedly search for the chance to grab all three points and remain on the top, while Liverpool is looking forward to bouncing back to the winning track. Both sides have equal chances of winning, so it won’t be surprising if the game ends in a draw.

Both sides have been very efficient so far in the season, and we had the chance to enjoy a lot of goals in their games. This clash shouldn’t be much different, and we expect to see goals in both nets.