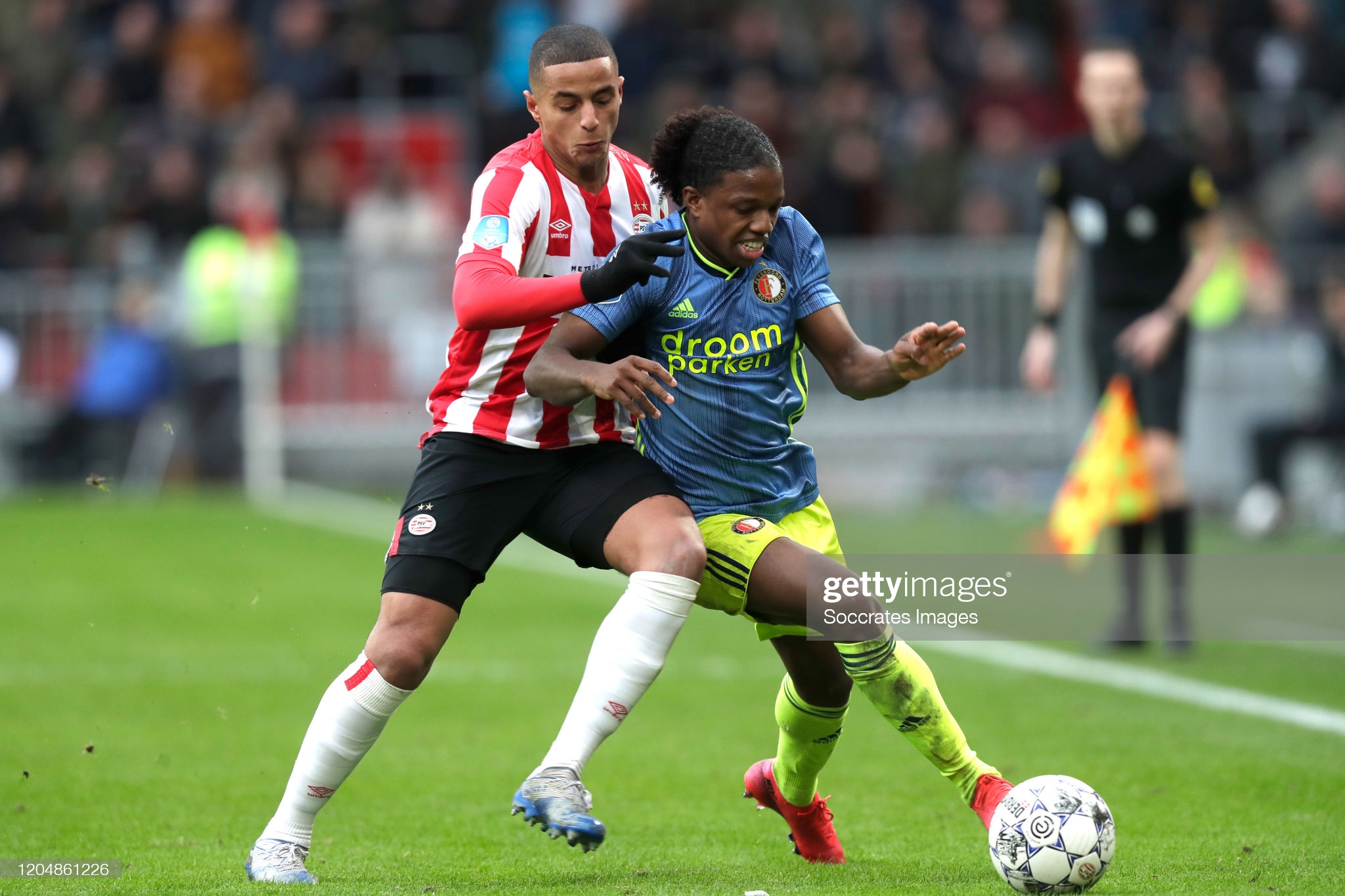 Feyenoord and PSV will face each other in the most exciting clash of the Eredivisie 20th round. The hosts want to end their poor streak, while the away side is looking forward to continuing the title battle.

Only three rounds ago, the home side could hope of being a title contender, but everything fell apart. Feyenoord lost three times in a row and slipped to 5th place. The hosts are now 12 points behind Ajax, and it is hard to expect that they can get back into the race. Their slump started in De Klassieker with a 1:0 defeat in Amsterdam. Further on, Dick Advocaat’s side lost to AZ Alkmaar at home and Heerenveen on the road. The team’s confidence hit low, and the hosts need to get back on the winning track urgently. Although Marcos Senesi and the lads have been very good in the back throughout the campaign, their teammates in the attacking line should have been more efficient. Despite losing only once at De Kuip, Feyenoord spilled too many points in draw matches at the home ground. Another tough challenge is in front of them, and they need to show a character.

PSV celebrated three times in a row, and they are still managing to keep pace with Ajax. The visitors are second in the table, being four points behind the defending champions. Roger Schmidt’s side is one of the tightest in Eredivisie, with 19 goals conceded. On the other hand, Donyell Malen and the lads are clinical in front of the oppositions’ net. PSV has been very disciplined in the back recently, as they managed to keep the clean sheet on the last three occasions. The visitors put good performances on the road, where they lost only once this season. They are full of confidence and eager to continue their winning streak. The rival is pretty tough, and PSV needs to keep the high standard of their displays.

Although they are in poor form, Feyenoord managed to beat PSV four times in the last five clashes at De Kuip. We believe they can end this abysmal run and remain undefeated in this game.

Head-to-head clashes between these two sides have always been very exciting. PSV has been excellent in the back lately, but the hosts are capable of scoring at least once. Therefore, we believe the nets won’t remain still in this one.

Click below to bet on Feyenoord vs PSV and claim your 100% welcome bonus up to 122€ now!