The clash between Fiorentina and Genoa will wrap up the 10th round of Italian Serie A. Both teams are in poor form, and they will search for a getaway and three important points.

Fiorentina is one of the biggest underachievers this season, and they are only one spot ahead of the relegation zone. Cesare Prandelli’s side is only two points ahead of Torino, and they managed to pick up just a point from the last four rounds. That one came after the goalless draw against Parma. Gaetano Castrovilli and the lads have hard times finding the back of the oppositions’ net, as they netted only ten times so far. On the other hand, the hosts conceded 15 goals, and they need to do much better in the backline. Viola booked two wins at the home ground but also lost twice against mid-table teams. Fiorentina failed to score four times in a row, and they need to improve their game urgently if they want to start moving towards the middle of the table.

According to the first nine rounds, Genoa will struggle to remain in Serie A next season as well. The visitors are the second-worst team in the competition, and they are three points behind their upcoming rivals. Although they snatched a point against fierce rivals Sampdoria, the away side lost four times in a row, and they need to break that losing streak urgently. Goran Pandev and the lads need to improve in the final third as they scored just eight times, while the defense concedes twice per match on average. Genoa put past the keeper only once at away grounds, and they need to start winning some points away from home as well.

It is going to be a tight clash, but Fiorentina is a slight favorite in this one. We believe the hosts should be capable of winning all three points in this game.

The last three clashes between these two sides at Stadio Artemio Franchi ended in goalless draws. Genoa failed to score five times out of their previous seven trips to Firenze, and we think this game will remain under a 2.5 margin.

Click below to bet on Fiorentina vs Genoa and claim your 100% welcome bonus up to 122€ now! 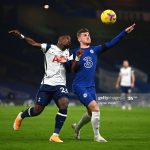 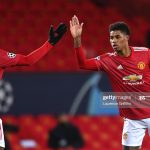