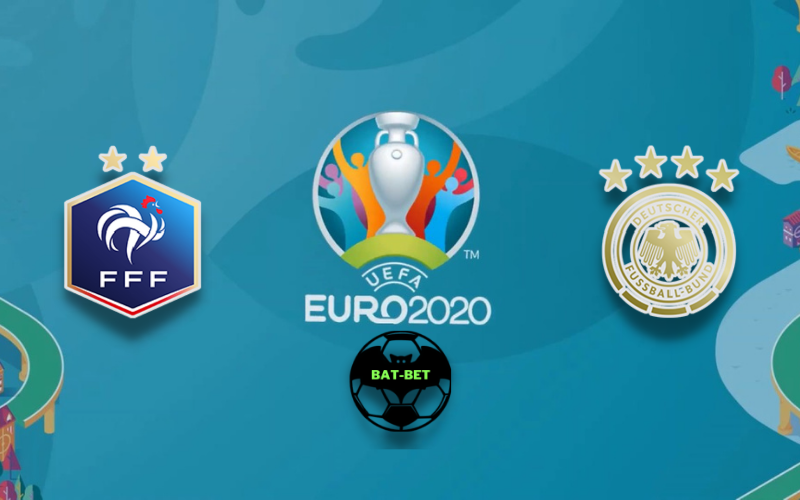 France and Germany will wrap up the 1st round of the EURO 2020 group stage with Tuesday’s evening derby match. Both teams eye an excellent start to the campaign and will search for vital points in a very tough group.

Many bookies and punters see France as a major favorite to win EURO 2020. The current World champions want to confirm their dominance, but that is not an easy task. Group F is the most exciting one in the tournament, as there are Portugal and Hungary besides these two teams. Didier Deschamps’s side missed the chance to win only once in the last seven games, drawing against Ukraine in the premier round of the World Cup Quals. Les Bleus have been very confident in the previous four games, especially in the EURO 2020 warm-up. Kylian Mbappe and the lads hammered Wales and Bulgaria, both 3:0 ahead of the tournament. France managed to keep the clean sheet four times in a row, and they want to keep up where they left off.

After a disappointing campaign in World Cup 2018, Germany wants to get involved in the title battle. It will be the last big tournament for their head coach Joachim Low, after spending 15 years at the Elf bench. However, reports say that the locker room atmosphere is not the best. Some players expressed their disagreement with the head coach and his ideas just before the EURO 2020 kickoff. This comes in a very tricky moment for Germany, as they are handled a tough group. Nevertheless, their squad is full of star players, and they want to bring glory to their country. Germany trashed Latvia 7:1 in their latest prep game but failed to win two matches before that one. A 2:1 defeat against North Macedonia at home ground in the World Cup Quals was particularly shocking. The hosts need to do much better in the back if they want to challenge for the trophy.

These games are always tough to predict, as they can go either way. We believe France is a slight favorite and could deliver a victory despite playing at the away ground. They have been more consistent lately, and France wants to show that they are ready for another successful campaign. We will take France Draw no Bet as the first pick.

We already mentioned that Germany has been very poor in the back, and they failed to keep their net intact three times in a row. With both sides having world-class forwards, we can expect an exciting match that should go over a 2.5 margin.