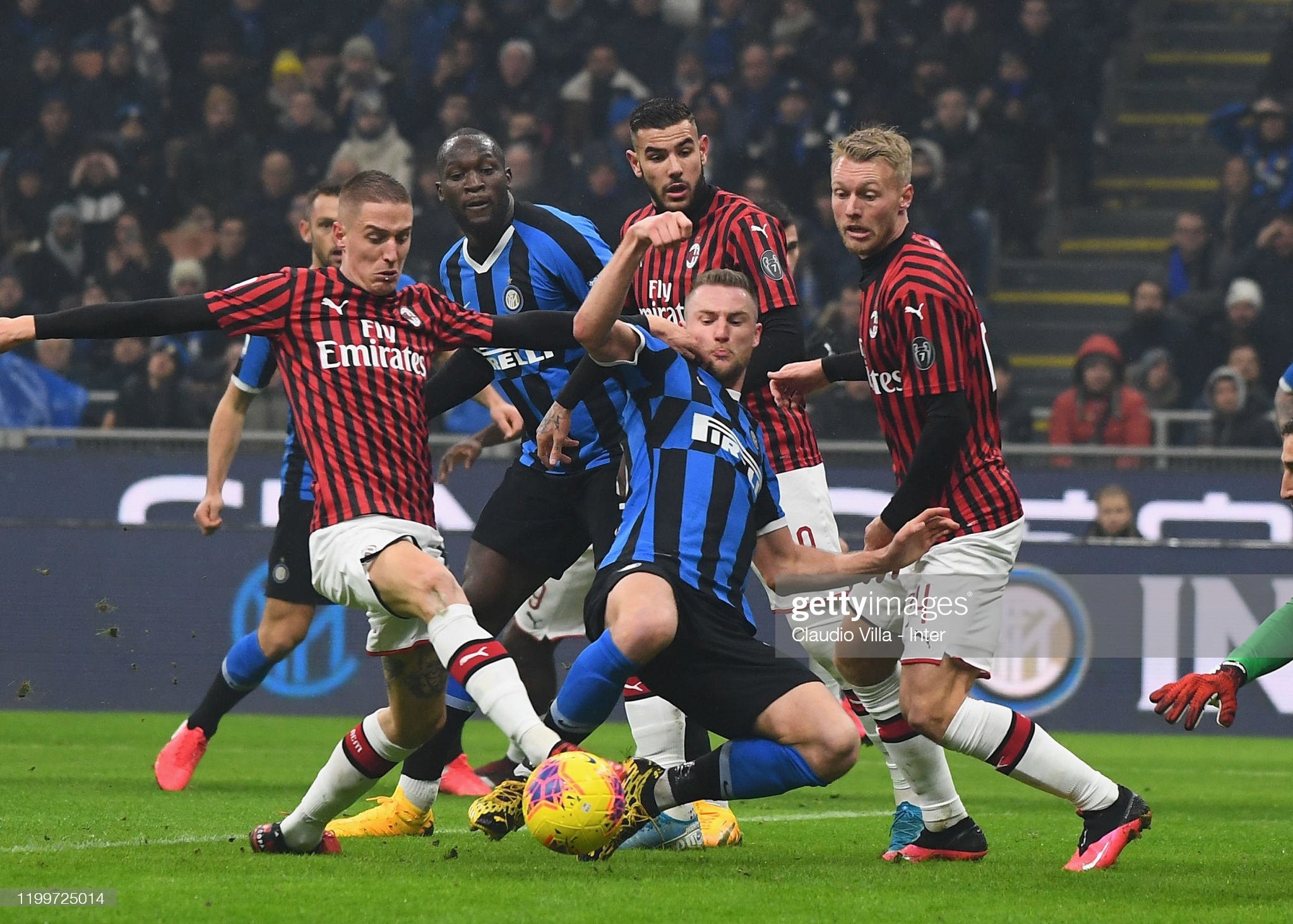 We will have the opportunity to enjoy Derby della Madonnina in the quarter-finals of the Coppa Italia. Inter will host Milan in the battle for the final stages of the competition, and both teams will search for the victory.

It has been an unsuccessful weekend in Serie A for both sides. Inter missed the chance to level up with their fiercest rivals on the top of the table after failing to win in Udine. A goalless draw certainly won’t please the away fans as they are still two points behind Milan. Antonio Conte’s side has been pretty inconsistent lately as the hosts celebrated just twice in the past five rounds in the top flight. Romelu Lukaku and the lads are clinical in front of the oppositions’ net. However, their defense needs to tighten up a bit. Inter skipped Fiorentina in the previous round of Coppa Italia, but they needed to go into the extra time. The home side has been excellent at the home ground, as they allowed only four points to their visitors. Inter wants to attack all domestic trophies this season, and they are in a very good position to lift at least one of them.

Despite their convincing 3:0 defeat against Atalanta at home, Milan still tops the Serie A table. However, it was their second defeat in the previous four rounds, and Zlatan Ibrahimovic and the lads need to get back on the winning track if they want to remain in the current position. Stefano Pioli’s team does a very good job in the front, although the defense needs a bit of improvement. Rossoneri are almost impeccable on the road, as they failed to win only once in nine outings. They managed to get back home with a win from their last three outings, and the away form keeps them on the top. However, the Copa Italia eight-finals didn’t go smoothly for them either, as Milan eliminated Torino after the penalty shootout. They need to put another excellent away display to find their place in the semi-finals.

Neither of these two sides has been much confident lately, so this will be a great fight. Nevertheless, we expect to see a spectacular game that might go into the extra time as well.