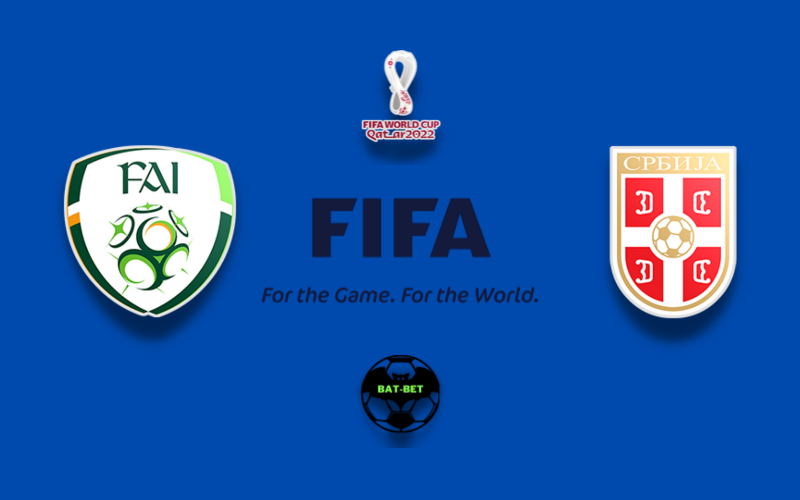 Ireland will take on Serbia in the World Cup Quals 5th round on Tuesday evening. The home side still searches for the first victory, while the visitors want to stay on the top of the table.

It has been an awful campaign for the hosts, as they are at the bottom of the ladder along Azerbaijan. After three straight defeats, Ireland couldn’t do better than snatching a point against Milli komanda. Stephen Kenny’s side was on the verge of remaining undefeated against Portugal, though, but Cristiano Ronaldo scored deep into the stoppage time. Adam Idah and the lads failed to score in only one game during the campaign, but their leaky defense allowed too many goals. Ireland is very far from challenging the top two spots, as they are nine points behind their upcoming rivals and Portugal. The hosts can only try to avoid finishing at the bottom of the table by the end of these quals.

After a disappointment in the EURO 2020 quals, Serbia kicked off a successful campaign with its new head coach. Dragan Stojkovic’s team picked up ten points from four matches so far, and they only failed to beat Portugal at home. Orlovi are very efficient under their new head coach, as they scored 11 times during these quals. However, they need to tighten their defense, as Predrag Rajkovic and the lads still haven’t kept the clean sheet. Serbia netted eight times on the previous two occasions, and the away side searches for another victory. If they get back home with a win, the visitors will stay on the top of the table. In that case, we’ll see a great battle between Serbia and Portugal, who are leveled at the top spot.

Ireland hasn’t been too convincing lately, unlike their rivals, who showed two pretty good displays in this international window. Although Serbia can perform inconsistently, we believe the visitors might take all three points from this clash.

Lately, Serbia has been involved in many efficient matches, and all its four games went over a 2.5 margin. Ireland has been decent in the front, and we might see both teams finding the back of the net in this encounter.