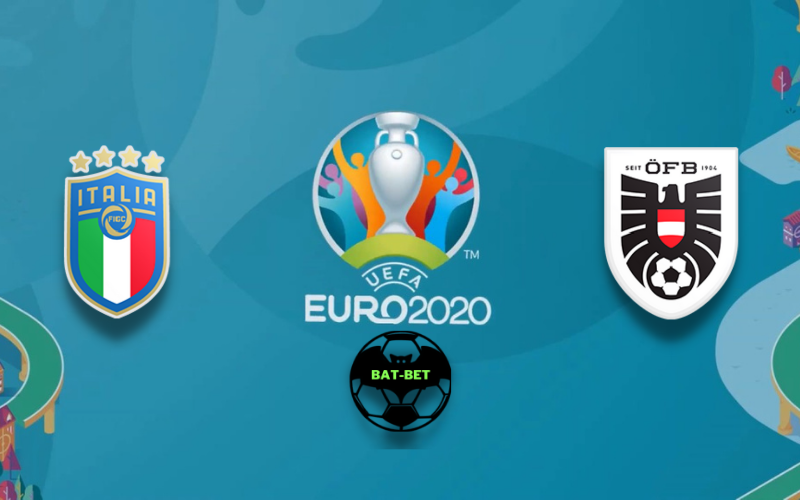 Italy will face Austria in the EURO 2020 eighth-finals on Saturday evening at Wembley Stadium. Azzurri want to continue their perfect form, while Austria will look forward to surprising their rivals.

Although they haven’t been involved in the most challenging group, Italy left the best impression in EURO 2020 so far. They trashed Turkey and Switzerland, both 3:0, and wrapped up the group stage with a 1:0 win over Wales. This makes their unbeatable streak extending to 30 games, and during that period, Italy drew only five times. Moreover, Roberto Mancini’s side celebrated eleven times in a row, managing to keep the clean sheet in each of those matches. Ciro Immobile and the lads have been clinical in front of the oppositions’ net, failing to score more than once only against Wales on the previous 11 occasions. Italy is among the most serious contenders to win the tournament, and they look forward to advancing to the quarter-finals.

Austria secured a top-two finish in the group stage behind the Netherlands, but they did not shine in the opening two games. Two late goals helped them beat North Macedonia while they lost 2:0 against the Netherlands. After that, however, Franco Foda’s side showed its best display in a 1:0 victory over Ukraine that secured them 2nd place. Austria has been in variable form lately, winning only twice on the last six occasions. Marko Arnautovic and the lads need to be more productive in the final third, as they scored more than once just once in the previous six games. This is particularly crucial for Austria since Italy has been unbeatable in the back lately. Austria needs a perfect display here to stay in the tournament.

Italy has been in a much better momentum than their rivals and are firm favorites in this clash. We don’t see Austria being able to surprise Azzurri in this one, and Italy should advance to the quarter-finals without going into the extra time.

Austria had trouble converting its chances into goals against stronger sides lately, while Italy conceded last time back in November 2020. Therefore, Azzurri might keep their net intact in this encounter as well.