The clash between Juventus and Roma will close Sunday’s action in the Serie A 8th round. The hosts search for another victory in a row that can bring them closer to the title battle, while the away side looks forward to picking up valuable points.

After a terrible start of the season, Juventus managed to consolidate and get closer to the top four. The home side was searching for a victory in the first four rounds, but they bounced back with three straight wins. Massimiliano Allegri’s side was struggling in the front, but they scored seven times in the last three Serie A rounds. On the other hand, Giorgio Chiellini and the lads have allowed too many goals so far, but they managed to keep the clean sheet twice in a row. Bianconeri sit in seventh place, and they are four points behind their upcoming rivals. Although they spilled too many points, it’s still not too late for Juventus to get back to the title race.

Roma has a good start into the new campaign, and they are currently fourth, with a chance to advance on the standings and skip Inter if they win in Torino. However, Jose Mourinho’s side has been pretty inconsistent lately, as they lost twice and booked three wins in the previous five rounds. Giallorossi have been solid in defense, while Lorenzo Pellegrini and the lads are doing a good job in the front. Roma played three times on the road, but they suffered two straight losses with an identical result – 3:2. The away side wants to fight for a top-four spot this season, and they are doing fine so far. Roma can also get closer to the top spot if they beat Juventus, but they’ll have a tough task.

Roma has been playing well so far in the season, but Juventus’s form is on a steep rise. The hosts missed the chance to win just once in the previous six games in all competitions, and they want to keep up where they left off. We believe Bianconeri will continue their streak and book another victory.

Head-to-head matches between these two sides have been pretty efficient lately, and their four of the last five encounters went over a 2.5 margin. Roma has been involved in many high-scoring matches so far this season, and we expect to see at least three goals in this one. 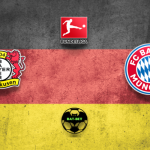 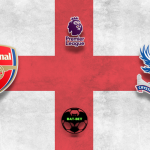