Juventus will host Villarreal in the second-leg match of the Champions League eighth-finals. The hosts want to continue their continental campaign, while the away side needs to search for a win here.

Juventus is hoping to win again after their last result, a 3:1 Serie A success against Sampdoria. Bianconeri celebrated for the fourth time in a row and got only three points behind Inter. Juventus hasn’t been able to stop scoring goals, hitting the target every time they’ve gone out to play in their last six matches. They’ve managed to rack up ten during that period while also conceding a total of 5. The home fans hope their team can continue its run and celebrate in another important game on Wednesday evening. Leonardo Bonucci (Calf Injury), Weston McKennie (Metatarsal Fracture), and Federico Chiesa (Cruciate Ligament Rupture) are not available for Juventus coach Massimiliano Allegri.

Villarreal will go into this clash following a 1:0 La Liga win against Celta Vigo in their most recent match. The Yellow Submarine stayed in the race for the continental spot, as they are currently 7th in La Liga. A sequence of very capable performances by the Villarreal defense has seen their ‘goals against’ tally amounting to 4 from their previous six fixtures overall. In that period of time, the number of goals they have scored themselves is 11. However, they failed to secure the home advantage in the first-leg match that finished in a 1:1 draw. Villarreal boss Unai Emery has a number of players out of action. Rubén Peña (Shoulder Injury), and Paco Alcácer (Muscle Injury) are among those who cannot be considered.

The Italian team is in a much better momentum, and it seems they got their campaign on track. We believe they will meet the expectations and proceed to the next round in the Champions League.

Juventus failed to keep the clean sheet six times on the previous eight occasions, while Villarreal’s offense is pretty talented. The visitors will try to secure a positive result on the road, and that’s why we think both teams will find the back of the net in this one. 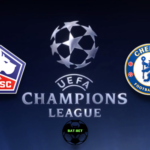 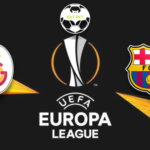