Lazio and Napoli will close Saturday’s action in the Serie A 5th round. Both teams haven’t suffered a defeat so far in the campaign and will look forward to continuing with good results.

Lazio heads into Saturday’s clash off the back of a 1-1 draw at Sampdoria in their midweek Serie A fixture. They failed to build on an early opener from Ciro Immobile and conceded a dramatic equalizer deep into injury time. The hosts have been knocking on the door of a top-four finish in recent years and will be looking to make another push this season. Although it has been a slightly bumpy start to the campaign, manager Maurizio Sarri will be pleased that they are still unbeaten after four matches. Regarding absentees, there’s just the sole fitness concern for the Lazio coach Maurizio Sarri to be concerned about from an almost fully healthy group. Elseid Hysaj (Chest injury) is out of contention.

Napoli is also coming off a draw as they were held 1-1 at home by newly promoted Lecce in their previous Serie A fixture. They struck first through Eljif Elmas but were pegged back by the visitors after just four minutes. One thing that will be pleasing to manager Luciano Spalletti is that his summer acquisitions appear to be settling down well, particularly on the attacking side. Napoli is the leading scorer in Serie A this season with ten goals so far. However, they need to stop spilling points when they are considered firm favorites like they did in the previous round. From a largely healthy group of players, there’s just the only fitness worry for the Napoli coach Luciano Spalletti to be concerned with. Diego Demme (Foot Injury) misses out for this game.

Both sides have been playing very well so far in the campaign, and they will search for another good display. This match can easily go either way, and we wouldn’t be surprised if it ends in a draw.

Their recent head-to-head clashes have been a joy to watch as four of the previous five went over a 2.5 margin. That trend should continue, and the crowd should enjoy at least three goals once again. 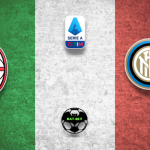 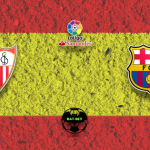