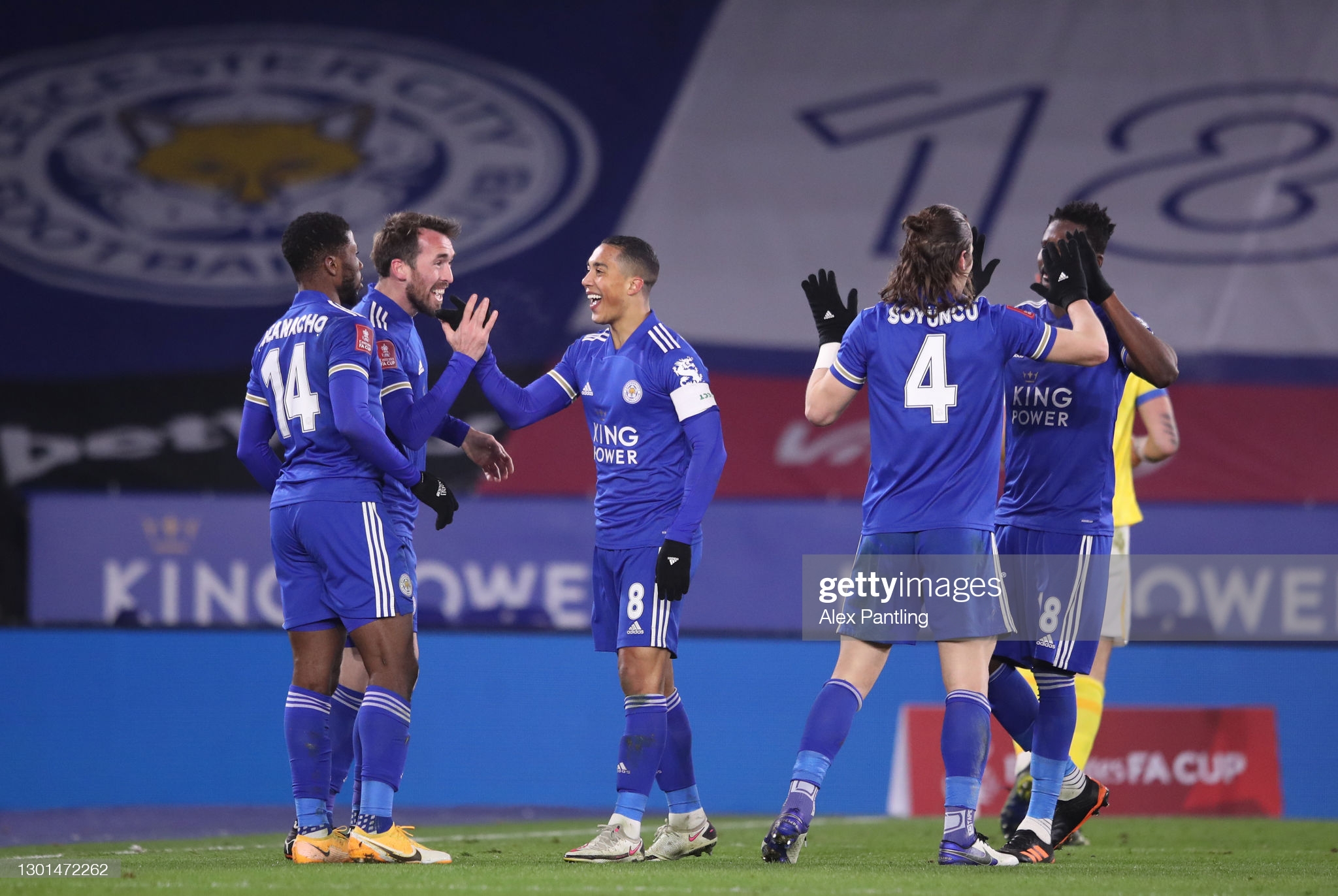 Leicester City and Liverpool will open Saturday’s action in the Premier League 24th round. Both teams want to secure a place among the top four and will search for a victory.

Leicester City heads to this game after booking a place in the FA Cup quarter-finals in the mid-week. Kelechi Iheanacho’s stoppage-time goal against Brighton secured them a narrow 1:0 win. The hosts have been in a variable form lately, and they booked two wins in the previous five Premier League rounds. The Foxes sit in third place, being three points ahead of their upcoming rivals. Jamie Vardy and the lads are doing very well in the final third. On the other hand, Brendan Rodgers’s side puts pretty decent defensive performances. However, Leicester City should stop spilling points when playing in their backyard. They lost five times in 11 matches played at King Power Stadium, and the hosts should be more confident at their ground.

Liverpool will hardly get back in the title race. The visitors were outclassed last weekend in a 4:1 defeat against Manchester City at Anfield. The Reds’ fans had a flashback of Loris Karius, starred by Alisson. It was Liverpool’s third straight defeat at their pitch, and they slipped to 4th spot. Jurgen Klopp’s side lost three times in the previous five rounds, and they are only one point ahead of Chelsea and West Ham. Although Mo Salah and the lads are among the most efficient teams in the league, they struggle in front of the oppositions’ net lately. Liverpool hasn’t been confident on the road, as the visitors celebrated in only four outings so far. They need to improve significantly not to slip away from the top four.

Neither of these two teams can be satisfied with its recent performances, especially Liverpool. Therefore, we won’t be surprised if this clash ends in a draw.

Their head-to-head clashes have been pretty exciting lately, and the crowd could enjoy many goals. We believe both sides are capable of scoring, and the nets won’t remain still.

Click below to bet on Leicester City vs Liverpool and claim your 100% welcome bonus up to 122€ now!