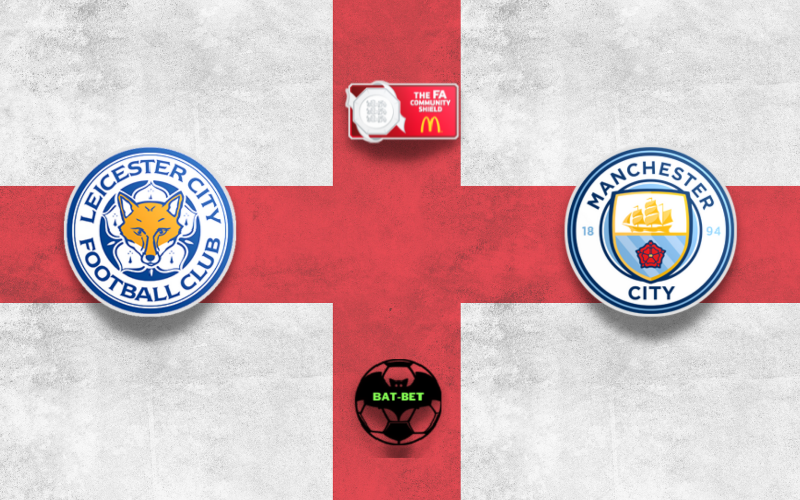 Leicester City and Manchester City will face each other on Wednesday afternoon in the battle for the Community Shield trophy. The Citizens want to meet the expectations, while the Foxes search for a surprise.

It was a disappointing end of the campaign for Leicester City last season, as the Champions League spot slipped out of their hands. Jamie Vardy and the lads were comfortable in the top four, but three defeats in the final four rounds saw them one point behind Chelsea. Brendan Rodgers’ side played attractive football, and we expect the same philosophy this time as well. The Foxes were pretty productive, but they should improve their defending. However, it will be fairly tough at the beginning of the season, as they struggle with injuries. Wesley Fofana won’t have good memories of the friendly match against Villarreal, as he will be sidelined probably by the end of the year. Nevertheless, Leicester City won’t give up, and they want to challenge the trophy.

Manchester City finally reached the Champions League finals, but they lost to Chelsea 1:0. The Citizens want to go one step further this time, and they signed Jack Grealish to help them in that quest. Pep Guardiola’s side had a slow start last season, but they excelled in the Premier League. It will be interesting to see Man City without their iconic player, Sergio Aguero, who signed for Barcelona this summer. Manchester City was lethal for the oppositions’ goalkeepers last season, while their defense was the tightest. Although Community Shield isn’t a major trophy, they look forward to a confident start to the season. Due to an injury, Phil Foden will be doubtful in the starting lineup, but other key players should be ready for this match.

Manchester City is a favorite in this match, especially now with troubles in defensive selection for the Foxes. We believe the Citizens will meet the expectations and take the trophy home.

Leicester City enjoys important matches, and they will go for a win in this match. We believe they are capable of scoring, and therefore, neither side should keep its net intact.