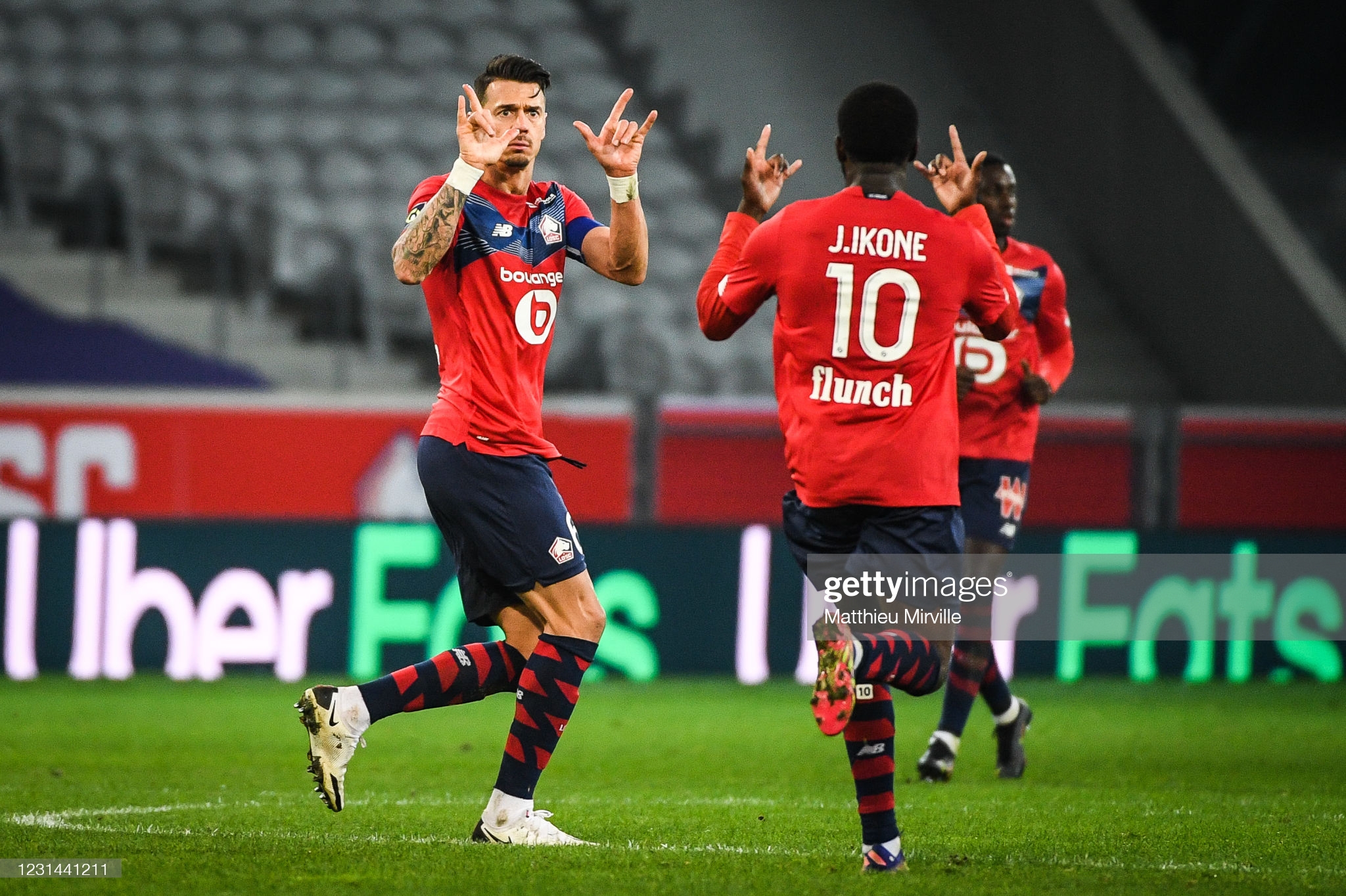 Lille will host Marseille in the Ligue 1 28th round on Wednesday evening. The home side wants to stay on top of the standings, while the visitors hope to extend their unbeatable streak.

Last weekend, Lille missed the chance to stay four points clear of PSG in the title race. They picked up only a point against struggling Strasbourg at the home ground. They were on the verge of the first defeat since early January, but the late equalizer kept their unbeatable streak running. Lille is two points ahead of PSG, three of Lyon and four of Monaco. The title race in the Ligue 1 hasn’t been this exciting for many years. Christophe Galtier’s side lost only two games this season, while their defense is the tightest in the competition. However, Yusuf Yazici and the lads failed to win in their previous two home games, and they want to get back on the winning track. After Ajax eliminated them from the Europa League, Lille can focus on the Lige 1 title campaign.

Marseille managed to stabilize its form lately after big turbulences in the club. Jorge Sampaoli took over the bench, and the visitors drew against Lyon last weekend. They were a bit lucky, though, since one of their opponent’s players was sent off. Marseille hasn’t lost four rounds in a row, but the visitors booked only one win during that period. Florian Thauvin and the lads need to improve their finishing, as they netted only 34 times this season. Nevertheless, Marseille lost only three games on the road this season, despite failing to win in the previous five. They still hope to secure the continental qualification as the away side is two points behind Metz, with one game in hand. It’s going to be a difficult challenge for Marseille, but they want to take something from this game as well.

Although both sides have been involved in many draws lately, Lille is a slight favorite in this clash. We believe they will take the opportunity to remain on the top of the table by celebrating another victory.

Despite conceding in the previous four games, Lille is doing an excellent job in the back. Marseille has trouble converting its chances into goals, and we believe this game might remain under a 2.5 margin.

Click below to bet on Lille vs Marseille and claim your 100% welcome bonus up to 122€ now!