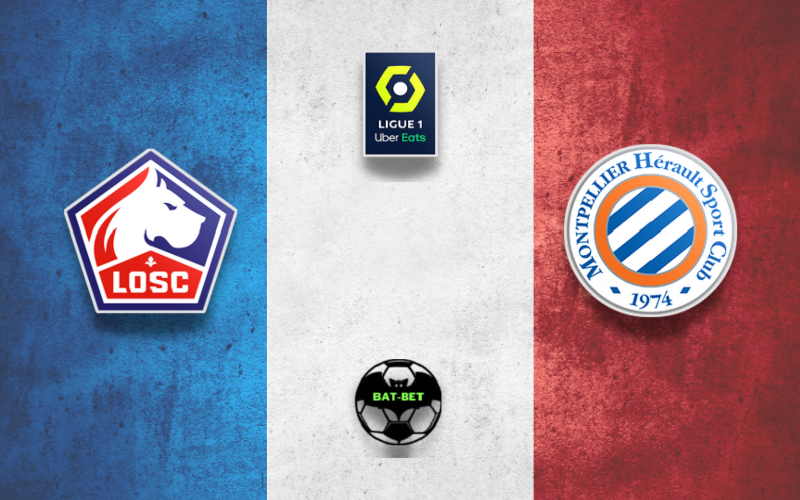 The Ligue 1 33rd round is going to be opened with a Friday evening clash between Lille and Montpellier. The hosts want to remain on the top of the table, while the away side still searches for a chance to challenge a place in continental cups.

After winning at Parc des Princes, the home side booked another victory on the road last weekend. Lille celebrated against Metz 2:0 and remained three points clear from PSG. Christophe Galtier’s side has been very disciplined in the back, managing to keep the clean sheet on the previous two occasions. Burak Yilmaz recovered from the injury at a perfect moment and will be there to help his teammates in the title battle. However, Les Dogues need to remain confident at the home ground as well since they lost to Nimes in their latest game at Stade Pierre-Mauroy. Lille needs to keep its victorious run going to stay at the same distance from PSG. Despite a better head-to-head record with the defending champions, in case these two teams get leveled up, PSG would defend the title as they have a much better goal difference.

Montpellier enjoys an excellent unbeaten run since they haven’t lost in the previous 13 matches. However, the visitors were involved in many draw matches and slipped to 8th place. They are six points behind the fifth-placed Lens, but Michel Der Zakarian’s side should stop spilling points to secure a place in continental competitions. Montpellier celebrated only once in the previous five rounds and tied three draws on the road. Gaetan Laborde and the lads have been pretty productive this season with 52 goals scored, but their defense is among the leakiest in Ligue 1. The away side still challenges the Coupe de France glory as they progressed to the quarter-finals. Montpellier should tighten its backline to remain in the game for the continental spots.

Montpellier is a very tricky opponent, but Lille shouldn’t miss the chance to remain on the top. Les Dogues haven’t lost to their upcoming rivals in their previous five encounters, and we think they will keep that streak. The hosts should get all three points from this clash and remain in a commanding position in the title battle.

Their head-to-head clashes at Stade Pierre-Mauroy haven’t been too efficient, and only three matches went over a 2.5 margin since 2011. However, Montpellier has been pretty productive on the road, and they might find the back of the net in this game. Therefore, we think neither side will keep the clean sheet in this one.