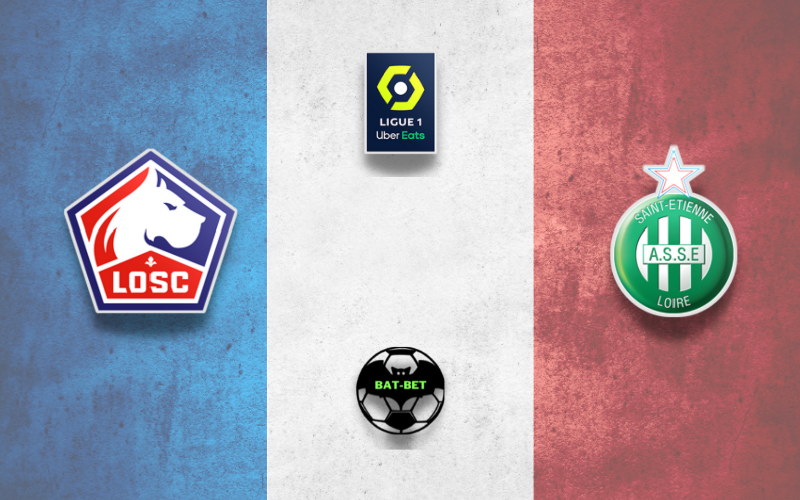 Lille will host St. Etienne in the Ligue 1 37th round on Sunday evening. The home team eyes three points that can bring them closer to winning the title, while the visitors can play without any pressure as they secured survival.

The hosts are only two steps away from winning the Ligue 1 title, as they are three points ahead of the defending champions PSG. Les Dogues celebrated three victories in a row, and they didn’t have an easy schedule. Christophe Galtier’s side got a massive boost of confidence after turning around the result against Lyon despite trailing 2:0. Their winning streak started there, and Burak Yilmaz has been on fire in the last three games. The Turkish international scored five goals in this period, and he might be the key man of Lille’s success this season. The home side has been excellent in the back, as they allowed only 22 goals this season. On the other hand, Lille has been pretty productive, and they netted eight times in the previous three fixtures. However, they haven’t been too convincing at the home ground, and Lille should avoid complacency in the final two matches of the season.

St. Etienne heads to this game after beating Marseille 1:0 in the latest round. That victory saw them climbing to the safe mid-table position, and the away side will compete in the French top tier next season as well. Claude Puel managed to drag the Ligue 1 giants to safety, and the visitors celebrated two times in a row. Denis Bouanga and the lads have been decent in the front, but they had trouble keeping their net intact. The visitors have been pretty confident on the road lately, as they managed to get back home with a win three times on the previous four occasions. They also suffered an unlucky defeat at Parc des Princes after conceding in the stoppage time. This time, St. Etienne won’t have any pressure in this game.

Lille is a firm favorite in this game, and the hosts need four points to seal the title. On the other hand, PSG can level up with St. Etienne by the number of Ligue 1 trophies if they end up on the top spot this season, and we don’t think the visitors would like that. Therefore, we believe the home side will pick up all three points from this one.

The home side managed to keep the clean sheet in the last two games, and they have been the best defensive side in the league. Although St. Etienne scored in the previous six matches, but this time, we think Lille should keep its net intact.