Derby della Madonnina between Milan and Inter will close the action in the Serie A 12th round. The hosts look forward to continuing their victorious streak, while the away side wants to stay in the title race.

Milan enjoys an excellent start to the season, as they missed the chance to win just once in the first ten rounds. They are joint-first along with Napoli, and the home side is seven points ahead of their fiercest rival. Stefano Pioli is the second-most efficient team in Serie A, while their defense has been pretty disciplined. Rossoneri have celebrated seven times in a row in the domestic championship, and they want to keep up where they left off. However, Rafael Leao and the lads struggle in the Champions League, and they failed to win against Porto at home during mid-week. Nevertheless, Milan is full of confidence, and they want to beat their arch-rivals.

Inter goes to this match after two straight wins in Serie A while they booked a 3:1 victory against Sheriff. The defending champions sit in third place in Calcio, being seven points behind their upcoming opponent. Edin Dzeko and the lads are the most efficient team in Serie A, but they occasionally had some problems in the back. Inter has been performing well on the road, as they celebrated four times on six occasions. The visitors tied two wins in the Champions League as well, and they are in a good position to proceed to the knockout stage. However, they need to go for a victory in Derby della Madonnina to stay in the title battle.

Milan has been in excellent form lately, while Inter improved its performances as well. It is going to be an exciting battle, and both teams have a chance to pick up some points. Therefore, we won’t be surprised if the game ends in a draw.

These two sides have been doing great in front of the opposition’s net this season, and we expect them to continue in the same fashion. Their previous four clashes went over a 2.5 margin, and we don’t think either side will keep the clean sheet. 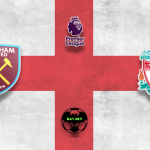 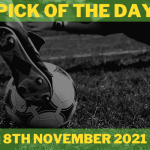 Pick of the Day | Rapid to Continue the Top-Four Battle!