Milan and Inter will face each other in the Serie A 23rd round on Sunday afternoon. The Derby della Madonnina winner can reach the top of the table, and both teams will search for a victory.

Milan slipped to the 2nd spot after a surprising defeat away to Spezia last weekend. A poor display was followed with two goals in Gigi Donnarumma’s net. Rossoneri are back from Belgrade after their Europa League clash against Red Star. Milan had an advantage twice in the game, but the ten-men Serbian side equalized in the stoppage time. Stefano Pioli will definitely be disappointed after that kind of complacency of his team. Nevertheless, he managed to rest some key players for the Derby della Madonnina clash, as Zlatan Ibrahimovic was on the bench at Stadion Rajko Mitic. Milan has been very disciplined throughout the season, and they need to keep a high level of performance. Nevertheless, they lost twice in the previous five games at Stadio San Siro, and they should stop spilling points at home.

Inter heads to the derby match after a confident 3:1 victory over Lazio in the latest round. That one launched them to the top of the table, where Antonio Conte’s side wants to stay until the end of the campaign. The away side has been clinical in front of the oppositions’ net this season, netting 54 times. Achraf Hakimi and the lads tightened up the defense recently after having severe troubles in the back. However, Inter has been inconsistent on the road lately as they managed to win just twice in the last five outings. The visitors had more time to prepare for this game since they didn’t have a mid-week action. It is one of the most important matches in this part of the season, and Inter wants to remain undefeated.

The next two Serie A games could be key for Milan in their title battle. The hosts are fully focused on this game, and they should be able to remain undefeated.

Their recent head-to-head matches have been pretty efficient, and this one shouldn’t be much different. We expect to see goals in both nets like in the last three clashes of these two teams. 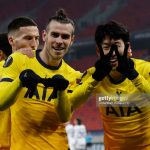 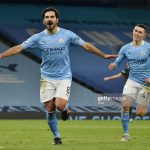