Monaco and Lille will face each other in the Ligue 1 29th round’s most exciting clash on Sunday afternoon. The home side is looking forward to challenging the 3rd spot, while the visitors want to remain on the top of the table.

Monaco enjoys a very good campaign, and the hosts sit in 4th place. They are five points behind Lyon and PSG, with a game in hand. Monaco was in an excellent run until the latest round when they lost against Strasbourg on the road. Niko Kovac’s side plays pretty attractive football, and they are among the most productive teams in the competition. However, Ruben Aguilar and the lads could have been better in the back, as Les Monégasques conceded 38 goals so far. Monaco lost only one match at Stade Louis II this season and missed the chance to win only once in the previous five home games. The home side wants to get back on the winning track and remain in the race for the Champions League ticket.

Lille is still the top-place team in Ligue 1, and Les Dogues have an excellent campaign. Despite losing in the Europa League first knockout round, the away side can focus on the title battle. They are two points ahead of PSG and Lyon, and Christophe Galtier’s side lost only twice this season. Lille spilled some points lately, and it was against Strasbourg and Brest at home. Nevertheless, Jonathan David and the lads are terrific on the road, where they lost only once. Lille celebrated seven times in a row at the away grounds, and they are the best visiting team in the league. The away side is the best defensive team in the competition, with only 17 goals conceded. They want to keep up where they left off and remain on the top.

It is going to be a close game in which both teams have a chance to win. We wouldn’t be surprised if the clash ends in a draw and these two sides split points.

Both teams have been excellent in the front, and we expect them to continue in the same fashion. Therefore, we don’t think either of the sides can keep the clean sheet.

Click below to bet on Monaco vs Lille and claim your 100% welcome bonus up to 122€ now! 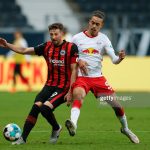 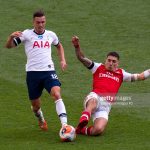