Hello, fellow punters! Since we activated our Pick of the Day section again, we hit four winners in a row! Canada established its position among the top three teams in the CONCACAF zone after beating Costa Rica 1:0 at the home ground.

The World Cup Quals are still in our focus until the national leagues return to the offer. We head towards the South, where we found another match, hoping to continue this streak.

The battle for the two direct and one playoff ticket will be very exciting in the CONMEBOL qualifiers. Colombia is one of the contenders, as they are joint-fourth along with Chile, but just two points ahead of Peru. Reinaldo Rueda’s side hasn’t been convincing lately, as they failed to win on the previous four occasions. Although they conceded only once during that period, Duvan Zapata and the lads were unable to score. Nevertheless, they had a pretty tough schedule, facing Brazil twice and going to Uruguay. Colombia has been involved in many draws, and they need to stop spilling points, especially at home. They will search for a valuable victory that should keep them in the top four.

It has been a disappointing campaign for Paraguay, and although they still have a chance to qualify, they are in poor form. The visitors lost three times in a row, failing to score in those failures. Guilermo Barros Schelotto’s side is four points behind its upcoming rival, but they have celebrated only two victories so far. Paraguay is among the most inefficient sides in the competition, as they scored only nine goals in 13 matches. The visitors lost three times on the road, and they need to go for a victory to stay in the qualification race. However, Colombia is a much better team, and they should see off their opponents on Tuesday evening. 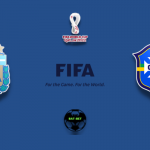