Pick of the Day | Hot Clash Expected in Lisbon! 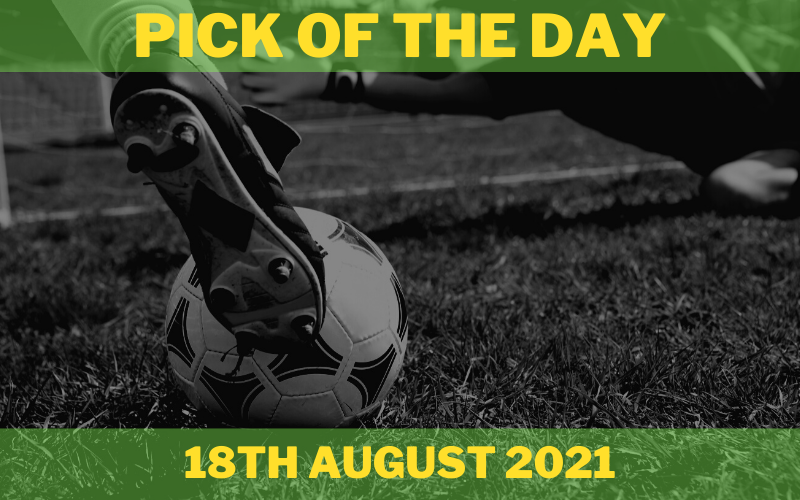 Hello, fellow punters! We didn’t have much luck with the latest Pick of the Day, as Salzburg failed to secure an advantage at halftime. Although they dominated the game, Brondby took the lead after the only shot on target. Nevertheless, the Austrian champions secured a 2:1 advantage before the second-leg clash next week.

The Champions League quals remain in our focus, as we picked another exciting clash. Benfica will host PSV in the first leg battle for a spot in the group stage.

Our Pick of the Day is BTTS Yes. Click here to get the best odds and place a bet! If you register for an online account at BetWinner now, you will get a welcome bonus of up to €130! Sign up with BetWinner HERE, and don’t forget to enter the promo code BATBET!

Benfica enjoys a good start to the new campaign, as they were victorious in the first four matches of the season. Jorge Jesus’ side conceded just one goal during that streak, and they seem to be pretty disciplined. The Eagles knocked out Spartak Moscow in the previous qualification round, and they expect the clash against PSV full of confidence. This season, the Portuguese side aims for the Primeira Liga title and a place in the Champions League group stage. They signed Roman Yaremchuk from Gent, while Joao Mario’s arrival could be one of the best home side’s deals this summer. Benfica faces a tough opponent, and they need to remain fully focused in the next eight days.

PSV also made a strong start to the new season. They want to break Ajax’s dominance in Dutch football, and they already managed to beat their fierce rivals. After Donyell Malen’s departure to Borussia Dortmund, Roger Schmidt promoted another wonderkid. A 19-year-old striker Noni Madueke destroyed Ajax in the Super Cup with a first-half brace. He already netted five goals in six appearances and might be the major threat for Benfica’s defense. The visitors already played six matches this season and managed to celebrate in all. PSV was better than Galatasaray and Midtjylland in the previous qualifying rounds, and the most challenging task is ahead of them. We expect to see an entertaining clash, and although both sides look good in the back, we should see goals in both nets. If we look at the tradition of head-to-head matches between these two sides, none of them managed to keep the clean sheet in the last five encounters.