Pick of the Day | Olympiakos to Seal the Spot in the Next Round! 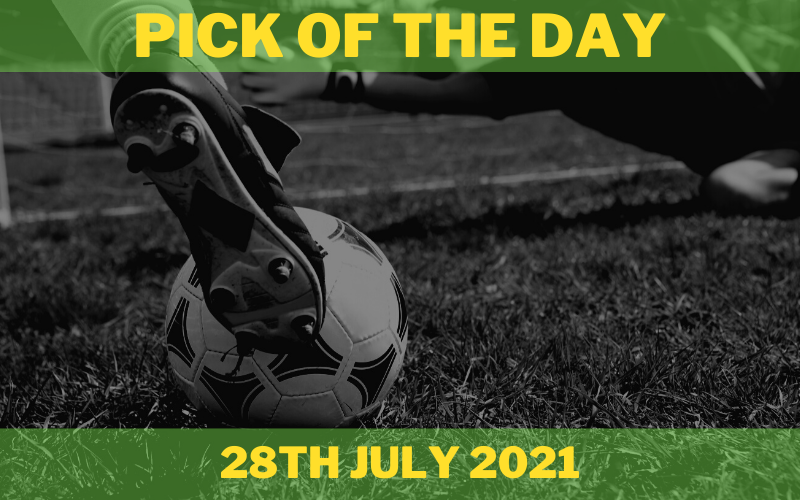 Hello, fellow punters! We started the new week with another successful Pick of the Day. Legia booked a clash against Dinamo Zagreb in the third qualifying round, thanks to a 1:0 victory over Flora. The Polish side was confident enough and celebrated a 3:1 aggregate win.

Our focus remains on the Champions League quals, as many exciting matches are scheduled for Wednesday. We picked the one where Nefchi Baku will host Olympiakos.

Our Pick of the Day is Olympiakos to win. Click here to get the best odds and place a bet! If you register for an online account at BetWinner now, you will get a welcome bonus of up to €130! Sign up with BetWinner HERE, and don’t forget to enter the promo code BATBET!

The hosts managed to end Qarabag’s seven-year reign and win the title in Azerbaijani Premyer Liqa. Neftchi Baku beat their rivals in the latest round thanks to a 90th-minute goal and overtook Qarabag on the top spot. Samir Abbasov’s side enjoys a good start in the Champions League quals, as they eliminated Dinamo Tbilisi with a 4:2 aggregate win. Namiq Alasgarov and the lads have been pretty productive in the front, but their defense needs to tighten up. Neftchi Baku failed to keep the clean sheet on the previous six occasions, including the pre-season matches. A challenging task is ahead of them, as they need to chase their rival’s minimal advantage.

Olympiakos travels to Baku, being one goal ahead of their opponents. They opened the first-leg clash in Piraeus perfectly, thanks to Mady Camara’s goal at the half-hour mark. However, the same player was sent off just before halftime. The Greek champions struggled but eventually managed to keep their advantage intact. Pedro Martins’ side was very dominant in the Greek Super League last season, and they had a good pre-season, too. Olympiakos missed a chance to win just once in the previous five games, including prep matches, and they want to keep up where they left off. The visitors are more experienced in these situations, and we believe they will celebrate another victory. Also, the odds seem pretty attractive.