The new Premier League season is quickly approaching, and teams are set for a successful start to the campaign. Crystal Palace and Arsenal will kick off the action on Friday evening, but everybody is keen to see what the table will look like at the end of the season. Although we will wait nine months to find that out, it’s the right time to make some outright predictions. If you plan to put some money before the season kick-off, we’ll try to help you with our predictions.

Will Manchester City retain the title?

The 2021/22 season finish was pretty exciting, but the Citizens managed to win the trophy ahead of Liverpool. These two teams will also be the hottest title contender this time, and bookies see Man City as the top favorites in the race. Both teams have been active in the transfer market and have secured excellent signings.

Manchester City managed to beat the competition and secure Erling Haaland’s signature in a €60 million deal. Since Gabriel Jesus left the club to join Arsenal, the Norwegian international should be Pep Guardiola’s main striking force. The defending champions also strengthened the midfield with Kalvin Phillips, who joined the club from Leeds United. On the other hand, we saw more outgoing transfers from Manchester this summer, as Raheem Sterling and Oleksandr Zinchenko also left the club.

Liverpool hasn’t changed its squad much, and they will mostly rely on their last season’s forces. Nevertheless, they have also made one addition to the upfront with Darwin Núñez’s signature. The excellent striker joined from Benfica in a €75 million deal. On the other hand, we won’t see Sadio Mane featuring for the Reds since he sealed a move to Bayern Munich. Takumi Minamino and Neco Williams also left the club, but they were not projected for a significant role for the Reds.

These two sides clashed in Community Shield last weekend, and Liverpool won that battle and lifted the first trophy. Although it is not as important as the Premier League title, we think the Reds might take Man City off the throne this season. Pep Guardiola might focus on winning the Champions League in the last year of his contract in Manchester.

Our verdict: Liverpool wins the title

If Manchester City and Liverpool meet expectations and snatch the top two spots, two more tickets remain for the Champions League. There are quite a few candidates, and it will be a very exciting race. Tottenham Hotspur managed to keep Harry Kane in the club, while Heung-min Son might repeat the previous campaign. Moreover, the Spurs signed Richarlison from Everton to strengthen the front line even more. They also made additions to the other two lines, bringing Yves Bissouma and Djed Spence. Steven Bergwijn is the lone notable player that left the club to join Ajax. Tottenham’s primary goal is the top-four finish, but they would like to get involved in the title race as well.

Arsenal missed out on the Champions League spot this season, but they don’t want to let it happen again. They were close to the top-four finish last time but remained two points behind the Spurs. The Gunners have made some excellent additions to their squad, signing Gabriel Jesus, Oleksandr Zinchenko, and Fabio Vieira. Key players remained in the club, and if they pick up where they left off in the pre-season, Arsenal could be a real force in the Premier League 2022/23 season.

It will be interesting to see how Chelsea will cope with increased competition. They brought a couple of excellent players in the likes of Raheem Sterling and Kalidou Koulibaly. However, Thomas Tuchel will miss two excellent center-backs, Antonio Rüdiger and Andreas Christensen. Also, Romelu Lukaku will spend this season in Inter, while Timo Werner could also return to RB Leipzig.

Eventually, Manchester United will try to forget its poor campaign, and perhaps Erik ten Hag is the club’s biggest signing this summer. The Dutch manager had a shopping tour in the Netherlands, signing Lisandro Martínez and Tyrell Malacia from Eredivisie. Christian Eriksen joined the Red Devils on a free transfer, while Paul Pogba, Jesse Lingard, and Nemanja Matic won’t hit Old Trafford in Man Utd’s jersey.

Relegation Battle – Who will survive?

Although all sights will be focused on the top spots distribution, the relegation battle should also be pretty interesting. Bournemouth and Fulham celebrated the return to Premier League, but they are the strongest candidates to quickly move back to the Championship. Nottingham Forest is back in the Premier League after 23 years, and they have made a big investment into the squad to keep them above the red line.

Interestingly, Forest has been one of the biggest spenders this summer. They’ve invested almost €100 million just in transfer fees. This season, we’ll have the opportunity to see Dean Henderson, Neco Williams, Jesse Lingard, Taiwo Awoniyi, Orel Mangala, and Moussa Niakhaté trying to keep Nottingham up.

Leeds United might struggle again, and they will focus on reaching the safe mid-table finish, while Everton might also be endangered. The Toffees cannot count on Richarlison, while James Tarkowski is the only notable signing. Brentford is another team that should beware of relegation, and they didn’t change their squad much.

Our verdict: Fulham, Bournemouth, and Bretford to be relegated

We all know things can quickly change, but we hope players won’t miss out on the games due to injuries. One is for sure, an entertaining Premier League season is ahead of us, and we’ll enjoy memorable action until May 2023. Make your predictions now, and we’ll make a retrospective at the end of the campaign to see how successful we were! 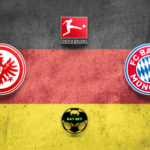